Colin Montgomerie and Phil Mickelson have nine runners-up finishes between them at the US Open, so could write a book on the litany of ways that America’s national championship can remain tantalisingly out of reach.

But, when it comes to the chapter titled Sheer Heartbreak, their collaborative effort would focus on the fateful day of June 18, 2006, and the last time the event was staged at Winged Foot.

If you want the appetite whetted for this week’s edition at the brutal New York state venue, slip back to that unprecedented afternoon in majors history, when four world-class players came to the 18th hole with a chance to win — and couldn’t muster so much as a par between them.

Jim Furyk still gets hacked off thinking about the missed 4ft par putt that cost him his chance of catching the unlikely winner, Australian Geoff Ogilvy.

Padraig Harrington, who closed with three straight bogeys to finish two back, is just thankful that ‘my choke was small in comparison to others’.

Needing a par to win, another awful drive was no surprise, nor the miracle shot he attempted that struck a tree flush and almost came back to his feet. ‘What an idiot I am,’ he said at the end of his calamity.

Monty has gone mute, refusing all interviews. In Dubai last year, I caught him in a more loquacious mood, and it was clear the pain would never go away.

‘I had five second-place finishes in the majors but that was the one where I stupidly threw it away,’ he said. ‘The shot to the 18th green is the one I’ll always regret, the shot that I’ll always want back. That’s the major that still disturbs my sleep.’

He was five days shy of his 43rd birthday, and it all looked to have come together. He’d holed a 50ft putt on the 17th. Needing a par to win, he’d split the difficult 18th fairway. All he had left was his stock-in-trade, a soft fade with a mid-iron to a flag on the right of the green.

My sports editor was almost beside himself. It was the midnight hour in the UK and he called after that monstrous putt. ‘Blimey! He’s only going to finally do it, isn’t he?’ he said. 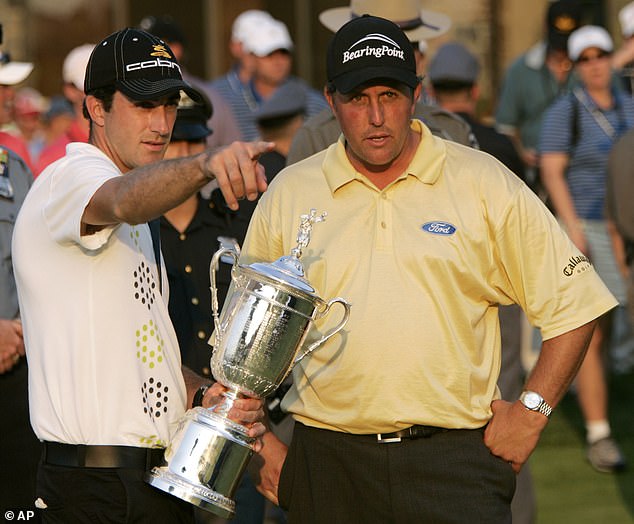 Such were the tight final-edition deadlines, I had two intros ready, as Monty stood over that approach shot. I still have them.

Either: ‘All the years of heartache in the majors are now a passing memory for the great warrior Colin Montgomerie, following an afternoon of rapture in New York as he finally won the US Open.’

Or: ‘Colin Montgomerie has experienced some gut-wrenching final afternoons at the majors but none come close to the agonising manner in which he threw away the US Open at Winged Foot yesterday.’

Following an interminable wait involving playing partner Vijay Singh came an anguished wail. ‘What kind of shot is that?’ Monty cried after a seven iron finished woefully short. Sadly, it was the kind known as a choke.

It left the Scot in position Z and, with no shot, he chipped 40ft past and three-putted. To complete the woe, he made front and back pages after barging a state trooper out of his path on the way to the locker room.

‘I know I can still compete in majors,’ he whispered afterwards. But he never did.

In the women’s majors, this is shaping up to be the year of no rhyme or reason. Following on from the startling nature of German Sophia Popov’s triumph in the Open last month, Mirim Lee’s victory in the ANA Inspiration in California on Sunday continued the trend for an upset.

Up against American Nelly Korda and Canadian Brooke Henderson — both ranked in the world’s top nine — in a play-off, it was the world No 94 from South Korea who held her nerve, following up a sensational chip-in for an eagle at the 18th to make extra-time with a birdie on the same hole. 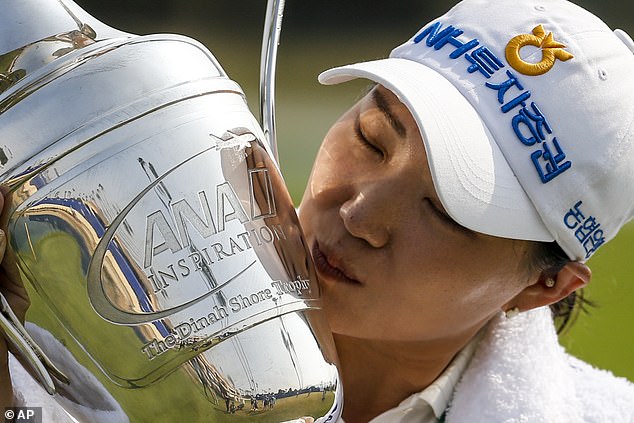 Sam Horsfield, the young Englishman who lit up the European Tour’s UK swing with his two victories in a blistering three week spell, has pulled out of the US Open after testing positive for Covid-19.

The 23-year-old is the second coronavirus-related withdrawal after American Scottie Scheffler, who finished fourth in the USPGA Championship. The PGA Tour had previously gone six weeks with no positive results.

‘It goes without saying that I am hugely disappointed,’ said Horsfield who had flown to New York following a negative test last Thursday, but that changed on arrival at the US Open testing centre. Like Scheffler, he is asymptomatic and feeling healthy. 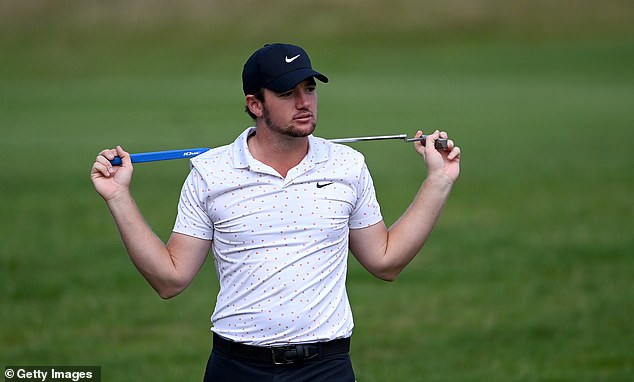 The BARBARIC second bout between Mike Tyson and Evander Holyfield is...