By Max Winters For Mailonline

UFC chief Dana White has hit back at veteran boxing promoter Bob Arum, calling him a d******* and claiming he has ‘completely destroyed’ boxing.

The war of words between the two promoters continued last week when Arum hit out at White and his efforts to stage UFC 249 despite the health and safety risks due to the coronavirus crisis.

White has yielded plenty of criticism for his promotion’s handling of the crisis, with the 50-year-old fighting tooth and nail to save UFC 249 before it was eventually postponed and now rescheduled for Saturday night in Jacksonville, Florida.

UFC chief Dana White has brutally hit back at Bob Arum, calling the 88-year-old a d******* 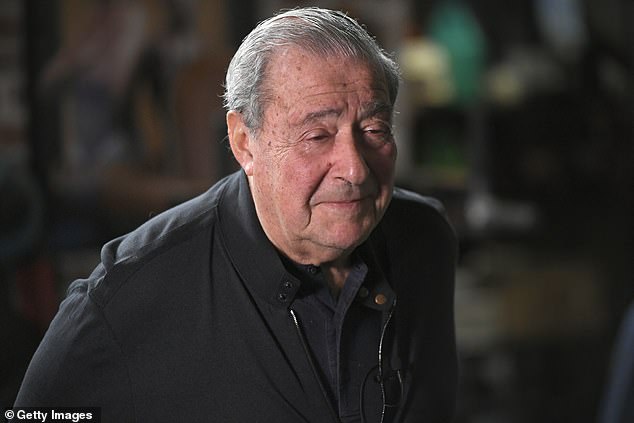 Arum, who handles Tyson Fury’s affairs in the United States, slammed White for his ‘cowboy behaviour’ and now White has hit back at the 88-year-old, even taking aim at his financial situation.

‘Listen I think by now that everybody realises that Bob Arum is a d***head,’ White told the UFC Unfiltered podcast.

‘This guy has been talking s**t about the UFC and me for 20 years.

‘You’ve been in this thing your whole life and you’ve completely destroyed the business and the sport. 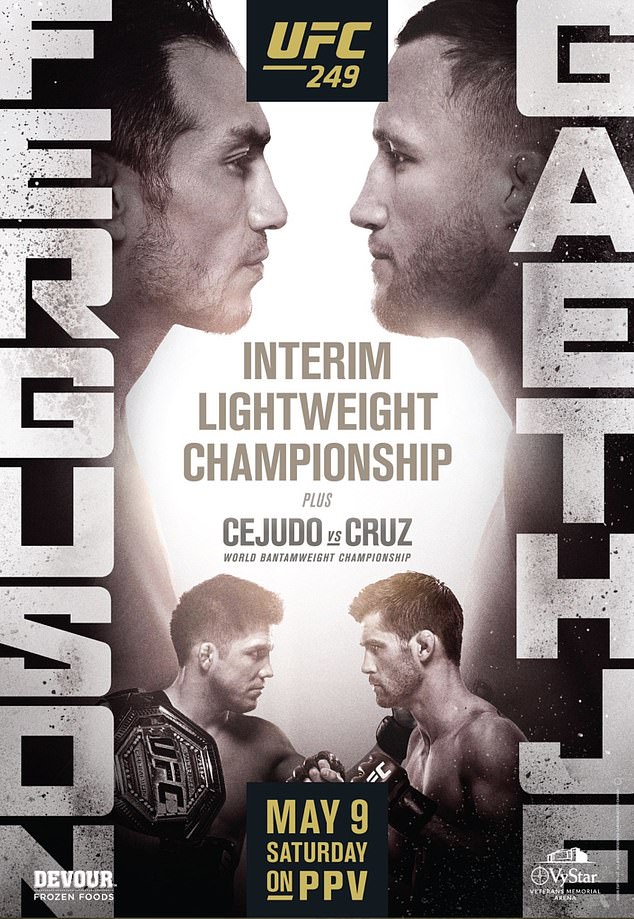 The UFC will stage UFC 249 on May 9 in Jacksonville, Florida, despite strong criticism

UFC 249 has been littered with problems due to the pandemic. Brooklyn’s Barclays Center pulled out of hosting duties to the high number of deaths in New York City and while most sports were grinding to a halt, White persisted in his bid to see the two rivals square off on the original date.

Lightweight champion Khabib Nurmagomedov was later forced to pull out of the contest having returned home to Russia and being unable to re-enter the United States due to strict border control, but White roped in lightweight contender Justin Gaethje to step in to face Tony Ferguson.

The UFC chief then had found a mysterious location – ‘Fight Island’ – to host the event before executives from ESPN and Disney stepped in and told him to call off the event.

White then insisted the UFC would be ‘the first sport back on television’ and has scheduled UFC 249 to take place on Saturday in Jacksonville, Florida.

The card will see Ferguson face Gaethje for the interim lightweight title, while Henry Cejudo and Dominic Cruz will fight for the bantamweight belt.