Tiger Woods hosts his OWN traditional Masters Champions Dinner ‘quarantine style’ at home with his family after the tournament was postponed… and he even wore his green jacket!

By Kate Mcgreavy For Mailonline and Reuters

Tiger Woods wasn’t going to let the postponement of The Masters prevent him from hosting his own version of the traditional Champions Dinner.

Sporting his green jacket, Woods took to social media on Tuesday to let the world know of his dinner plans at his South Florida home amid the coronavirus pandemic.

The 2019 champion posted a photo on Twitter of him sitting alongside his girlfriend Erica Herman, daughter Sam and son Charlie with The Masters trophy on the table.

The caption read: ‘Masters Champions Dinner quarantine style. Nothing better than being with family.’

The Masters Champions Dinner is part of Augusta folklore and sums up the tradition and history that sets the golf major apart from any other.

Every year on the Tuesday night before the eagerly-anticipated Masters, golf’s elite come together to celebrate the first major of the season over a spot of food and drink.

The defending champion selects the menu and serves as host for the secretive dinner. 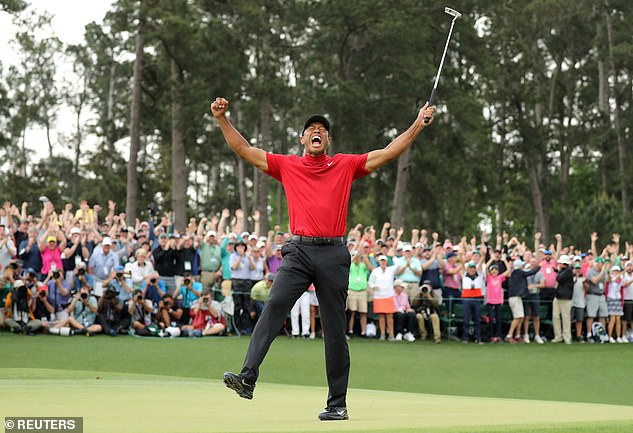 After his incredible victory at Augusta last April, Woods revealed that he planned to serve sushi, fajitas and milkshakes at this year’s dinner.

‘Being born and raised in SoCal, having fajitas and sushi was a part of my entire childhood, and I’m going back to what I had in 2006,’ Woods said.

‘So, we’ll have steak and chicken fajitas, and we’ll have sushi and sashimi out on the deck, and I hope the guys will enjoy it.’

Woods should still get the chance to serve his Champions Dinner after the 2020 Masters, originally due to take place this week, was postponed until 12-15 November due to the coronavirus crisis.

Barcelona and Real Madrid return to non-contact training in groups of...