STOCK WATCH: Ryanair and the riddle of the soaring biotech shares

By Jamie Nimmo For The Financial Mail On Sunday

There’s been plenty of head-scratching over at Omega Diagnostics, one of the biotech minnows whose share price has shot up on the back of its efforts to tackle the pandemic.

The company has formed a consortium with the University of Oxford and other firms to develop a Covid-19 antibody test for the Government.

The shares have risen seven-fold since the start of April, turning the stock into a favourite among AIM punters who enjoy the wild swings the market offers.

A look down the Omega shareholder register on Bloomberg throws out an interesting name. A certain M K O’Leary owns 620,000 shares in the company, which are now worth £350,000.

Asked whether this is Michael Kevin O’Leary, the outspoken boss of Ryanair, the low-cost airline says it is not.

In a bizarre coincidence, there is also a different Michael Kevin O’Leary in the business world. This O’Leary chairs AIM-listed dotdigital, but he does not think the shares are his.

Even Omega says it doesn’t know who Mr O’Leary is as it has no contact with him. Whoever Mr O’Leary is, he has made a small fortune in the space of a few weeks.

So Philip Jansen, chief executive of BT, decided last week that the time was right to cut the dividend – as this column warned that he might.

Now attentions turn to Nick Read, the boss of rival Vodafone, who is set to unveil the telecoms giant’s annual results on Tuesday.

Will Read follow suit? He already cut Vodafone’s dividend last year, which was then one of the UK’s biggest.

Number crunchers at UBS think the dividend is safe this time around and reckon the company will look to cut costs in other ways to see it through the pandemic.

But we’ve learned in recent weeks that nothing’s out of the question.

Tour operator Tui will reveal how much cash it is burning through every month when it announces its second quarter results for the first three months of 2020 on Wednesday. 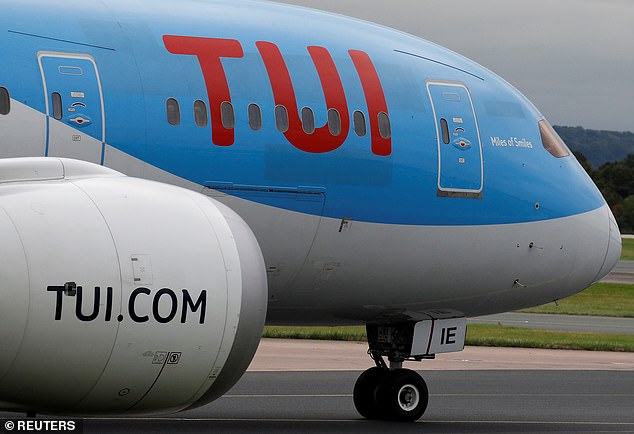 The Anglo-German tour operator has secured a £1.6billion loan from the German government to help it navigate the crisis.

But with non-essential travel on hold and concern over whether people will want to jet off at all this summer, the amount of cash it is losing is crucial.

Analysts reckon the company is getting through €300million to €400million (£260million to £350million) every month without any money coming in.

Refunds for trips that didn’t happen could cost it as much as €500million, they say.

Shares in fund supermarket Hargreaves Lansdown have fallen, but far less than most in the corona crisis.

On Thursday, investors in the FTSE 100 company will get an idea of how its customers are reacting when it updates on trading for the first four months of the year.

Many customers have undoubtedly been furloughed and will be facing a very worrying few months ahead.

Perhaps some of them will have used money stashed away on the online investment site to fund their spending needs.

Scribblers at Credit Suisse estimate that assets under administration have tumbled 10 per cent to £95billion. Not too bad, all things considered.

UK car production crawl to a 45% decline in August