By Ben Harrington For The Mail On Sunday

Ageas isn’t a particularly familiar name to many British investors – except, perhaps, those who like cricket.

The listed Belgian insurance giant sponsors the home of Hampshire cricket in Southampton – the Rose Bowl – where England recently played the West Indies and Pakistan.

But now Ageas has also caught the attention of punters in the London market after rumours swirled on Friday that it could once again be a takeover target.

Ageas sponsors the home of Hampshire cricket in Southampton, the Rose Bowl

Two years ago speculation did the rounds that Fosun, the highly acquisitive Chinese conglomerate, was interested in buying Ageas outright. In part, that’s because Fosun – then led by Guo Guangchang, a self-styled ‘Chinese Warren Buffett’ – already owns a large stake in Ageas.

However, after the market closed on Friday a Bloomberg report revealed Ageas had received a takeover approach from BE Group, a mysterious investment firm backed by a former banker from Lazard called Mark Pensaert.

Ageas told the newswire it had reviewed the BE Group proposal but decided ‘not to engage’. Still, punters are hopeful this may be the opening salvo of a takeover tussle that could involve multiple parties.

Small cap enthusiasts might want to keep an eye on Seeing Machines, a company involved in developing driver monitoring software.

Word is that the company is ‘ideally positioned’ to benefit from further major contract wins as large motor manufacturers strive to meet new safety regulations.

Well-spoken chaps in the City of London believe this firm could easily find itself part of a larger group by the time the regulations come into force.

Morrisons is set to confirm this week that dealing with the biggest short-term sales surge in its history can be costly.

Like-for-like sales rose 9.5 per cent. But the supermarket is expected to say first half profit fell from £198million to £145million as it reorganised stores, drafted in thousands of extra staff, then shouldered the cost of ramping up online deliveries for isolating customers.

More revealing will be chief executive David Potts’ outlook for the months ahead. It is unlikely that customers will be spending at such an unprecedented rate.

But cash-strapped shoppers could be price-hunting on a scale not seen since the banking crisis, and investors will be keen to hear whether he thinks he can maintain some of that sales momentum.

What next for fashion companies?

Swiss bank Credit Suisse forecasts trade at clothing chains will be ‘modest’ at best next year, though ‘bleak’ might a better word.

But are there any bargains to be had? Retail analyst Simon Irwin last week downgraded H&M and Spanish clothing company Inditex as over-spaced and over-valued. 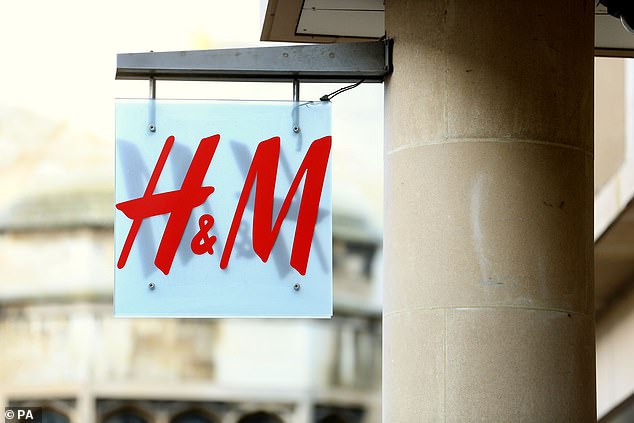 He’s also neutral on Next, hinting that the price may slip to £50 (from £56.98 currently). He says opportunists – at least those not already battered by this year’s falls – might be better off seeking out the shares of M&S or Associated British Foods, which he says ‘remain extremely cheap’.

Couple’s bike hire firm for kids gears up with £6m

Briton who’s Zoomed to a fortune