Tottenham forward Son Heung-min has travelled back to London ahead of a possible return to training.

The 27-year-old spent time in Seoul after completing his compulsory national service in the South Korean Military Corps, where he finished among the top five performers.

He made his way back to London on Saturday and will not have to self-isolate unless he tests positive for coronavirus, in line with Premier League and Government protocols.

That means Son is set to be back at the club’s Hotspur Way training ground next week for solo sessions and could be free to join in group training as and when the Premier League allows it.

The coronavirus pandemic has allowed Son to fully recover from a broken arm, which looked set to rule him out for the season, while also giving him a chance to carry out his national service without it impacting on his career.

He was due to serve 21 months but earned an exemption after being part of his national team which won the Asian Games in 2018 and, as a result, only had to complete three weeks. 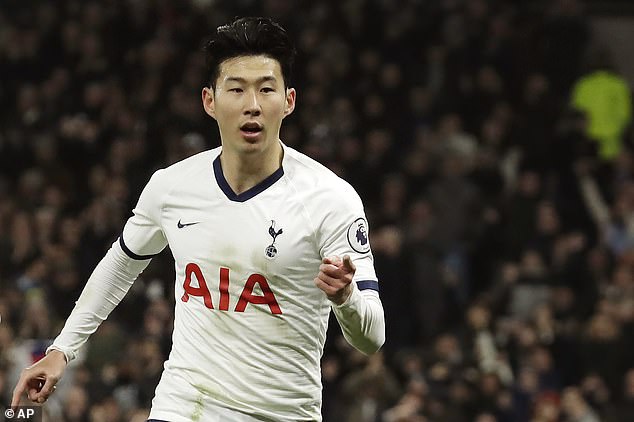 Robert Lewandowski celebrates in silence as Bayern Munich return with 2-0...