Russia to roll out facial recognition system named ‘Orwell’ that will monitor children in 43,000 different schools across the country

Tens of thousands of Russian schools will soon use a facial recognition technology called ‘Orwell’ to monitor children and teachers during school hours.

According to a report from the Russian business newspaper, Vedomosti, the systems will be introduced to 43,000 schools across the country and are currently already being used in 1,600.

Elvees Neotech, the company behind ‘Orwell’ says that the technology is designed for ‘automatic detection and classification of targets’ which includes identifying people as well as ‘situations.’

The name of the software appears to be a bizarre straight-faced reference to George Orwell, whose novel 1984 told of a dystopian future where government over-reach, and mass surveillance are the norm.

On the company’s website, Elvees Neotech says that the software is capable of identifying crowds of people, when targets have crossed a preset boundary, and even specific license plates.

According to Yevgeny Lapshev, a spokesman for Rusnano, the state-run technology development agency focused on nanotechnology, Orwell will be used to monitor the safety of children at school as well as identify potential intruders on school campuses.

Lapshev said that data collected by the system will be stored locally at schools and said that children and their parents won’t be added to the system without their consent.

Russia already has an extensive network of AI-enabled surveillance systems set up in cities like Moscow where ABC reports there are 105,000 cameras alone. 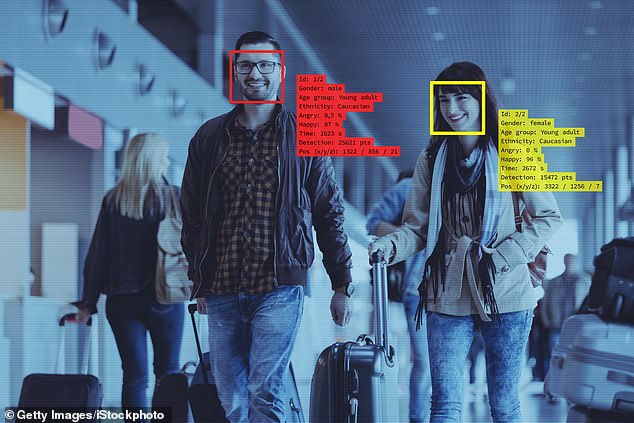 Those cameras are used by Russia’s police and and intelligence agencies to monitor activity in real-time, allowing them to search for specific individuals using a single image.

In the future, Orwell could be used to monitor attendance and track teachers’ working hours according to a spokesperson from NtechLab who spoke to Vedomosti.

George Orwell’s novel 1984 was published in 1949 and tells of a future where the world is constantly monitored by an omnipresent government and its leader, Big Brother.

Instacart pairs users with shoppers in real-time to deal with demand...