Reading will put some of their Under-23 squad on furlough, Sportsmail has learned, as clubs continue to count the cost of the coronavirus crisis.

With football on hold for the foreseeable future, the Championship club will take the controversial step of using the scheme, which sees the government pay 80 per cent of wages – up to £2,500 per month – of workers put on temporary leave.

A percentage of Reading’s U23 squad will be affected, understood to be those who are less likely to be involved with the first team.

WHAT DOES FURLOUGH MEAN?

When an employee is placed on furlough they are temporarily put on a leave of absence and not paid, although they remain on the payroll, meaning that they do not lose their job.

This could be because there is no work for these employees, or that the company is not able to afford to pay them, because of the effects of the coronavirus crisis.

The Coronavirus Job Retention Scheme will last for at least three months from March 1.

With the return of English football still up in the air, it’s unclear how long they will be on the scheme.

Earlier this month the club also began discussions with their first-team squad over wage deferrals. No agreement has since been announced but Bowen said: ‘Be in no doubt, the players are going to do their own thing.’

As revealed by Sportsmail earlier this month, the Covid-19 shutdown poses a huge threat to clubs in the second tier, where collective losses last season totalled £650million.

Reading were understood be among the most the vulnerable teams after their usual income streams all but dried up. 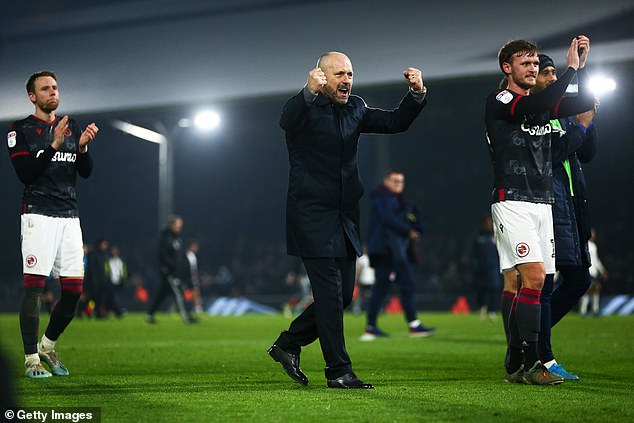 Championship sides are heavily reliant on money from matchday, which has disappeared following the suspension of the season.

Some could soon struggle to pay salaries unless players agree to wage cuts or deferrals.

As many as half of the 24 teams are believed to be in advanced talks over percentage deferrals, with Sportsmail reporting this week that there is growing optimism agreements will be reached in the coming days. Reading, meanwhile, will cut costs by asking the government to pay some of their young players.

Liverpool and Tottenham are among the clubs who have reversed their decision to use the scheme following backlash among supporters.

Pakistan to seek assurances before committing to three-Test series against England...