‘Ferdinand did a runner from a drugs test, Cantona two-footed some c***, Rooney s****ed a granny and Giggs s****ed his brother’s f***ing wife’: Paul Gascoigne rips into Sir Alex Ferguson’s claim that he could have straightened him out at Man United

Paul Gascoigne has insisted that his battles with drink and drugs could not have been avoided by joining Manchester United – because many of the club’s biggest stars experienced personal problems at Old Trafford.

The 52-year-old, who was diagnosed as an alcoholic when he was 33 and still playing in the Premier League, is continuing to fight his demons following brushes with the law and struggles with his mental health.

However, he remains adamant that his life would have turned out the same even if he had taken the opportunity to play under Sir Alex Ferguson at United. 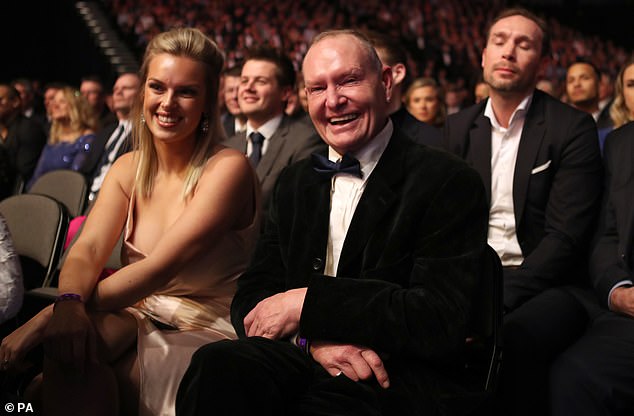 Gazza gave the legendary Scot his word that he would join the club from Newcastle back in 1988 following a lengthy conversation on the phone.

But after Tottenham chairman Irving Scholar offered to buy a £120,000 house for Gascoigne’s parents, the gifted midfielder decided to move to north London instead.

The news infuriated Ferguson, who wrote Gascoigne a letter calling him a ‘silly boy’ for turning down the chance to develop as a player and a person at Old Trafford.

The former Aberdeen boss later claimed that a move to United would have put Gazza on the straight and narrow, potentially saving him from decades of addiction.

Gascoigne sees things differently. During an appearance at Altrincham’s Moss Lane stadium earlier this year, the ex-Rangers star took aim at some of United’s most revered players, citing the issues they had on and off the pitch under Ferguson.

‘Alex Ferguson says it would have been different if I had signed for Man United,’ Gazza said during the event, which was covered by The Athletic. 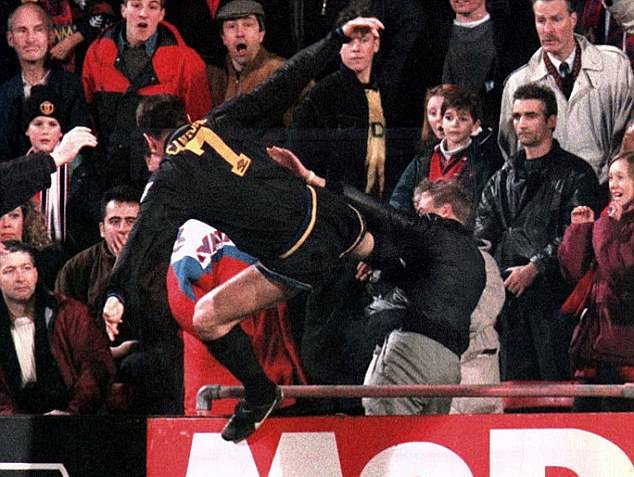 Eric Cantona was banned for nine months for kicking a Crystal Palace fan in January, 1995 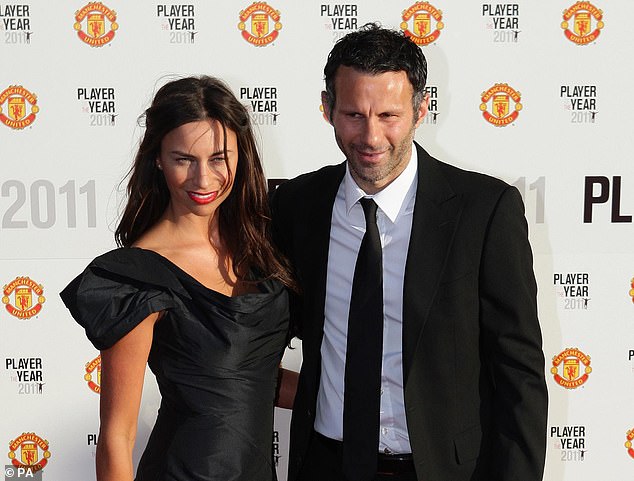 United legend Ryan Giggs poses with his wife Stacey in 2011. The pair were divorced in 2017 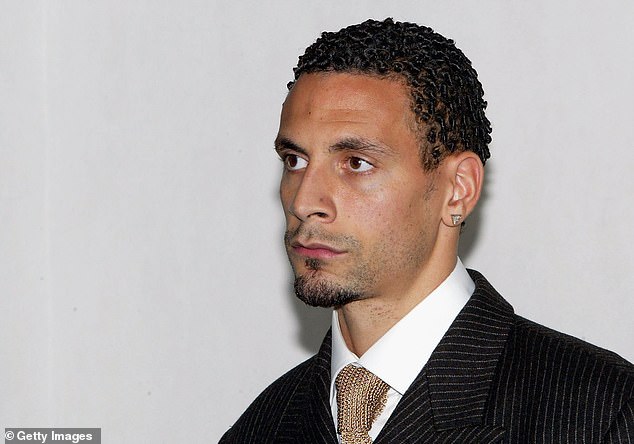 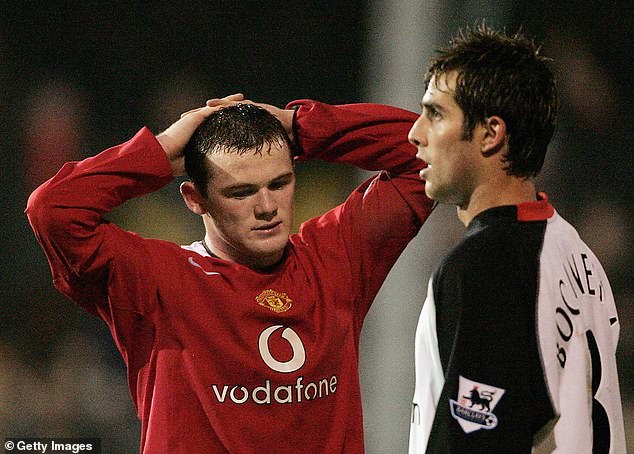 Gascoigne was referring to Ferdinand simply forgetting to carry out a drugs test in September, 2003. The defender was later fined £50,000 and banned from playing for eight months by the FA.

Cantona was banned for nine months and fined £30,000 for his infamous kung-fu kick on a Crystal Palace fan in January, 1995, while Rooney and Giggs were both accused of cheating on their partners during their time at United.

Gascoigne also revealed how pressure from his family contributed to him choosing Spurs over United – and his sister ending up with her own sunbed.

‘Well, what you are f***ing waiting for?’, his dad said after he told him that Tottenham would buy him and his mum a new house as part of the deal.

Spurs also agreed to buy Gascoigne Snr a convertible BMW with a personalised number plate before the midfielder’s sister got in touch with her own demands. 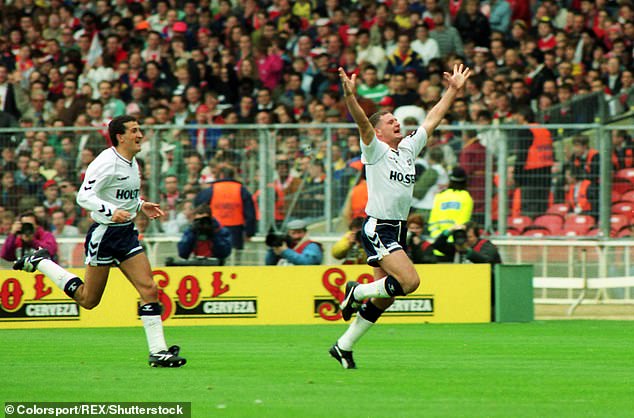 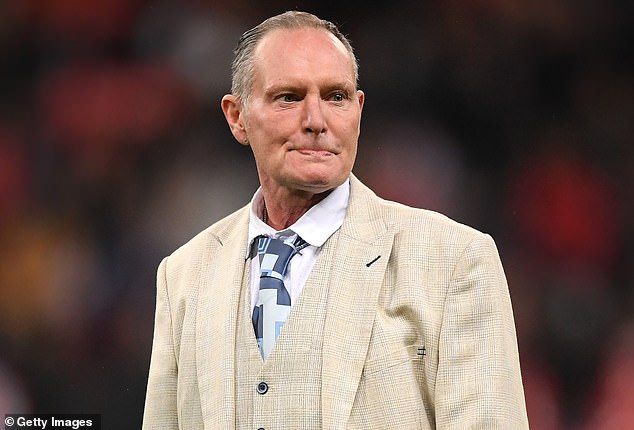 ‘This time it’s my sister,’ Gascoigne recalled. ‘Hello, Paul, if my mam’s getting a house and my dad’s getting a car, I want a f***ing sunbed. So I had to ring Irving Scholar back and say, “Listen, you’ll never believe this, but one last thing — will you get my sister a sunbed, please?”

‘The entire deal, done on a f***ing sunbed. Then we put in the wrong bulbs and it blew up the house.’

Gazza went on to join Tottenham for a British record transfer fee of £2.2million and helped them win the FA Cup in 1991.

Spells at Italian giants Lazio, Rangers, Middlesbrough, Everton and Burnley followed before he eventually hung up his boots in 2004 at the age of 37.

Sunderland ‘Til I die series two on Netflix is tragicomic classic

Former Arsenal boss Unai Emery is eyeing up LaLiga for his...