‘Gabriel did really well…he hadn’t played for six months’: Mikel Arteta praises new defender who bags a goal and is awarded man of the match during Arsenal’s 3-0 win over Fulham

By Kieran Lynch For Mailonline

Mikel Arteta has lauded praise on Arsenal‘s new summer signing Gabriel after a man of the match display in their 3-0 win over Fulham.

The £25m summer signing scored the Gunners’ second as they cruised to an opening day victory away at Craven Cottage.

After a few nervy moments in the opening few minutes, the 22-year-old gained composure and confidence and Scott Parker’s side found it tough to get past the young Brazilian. 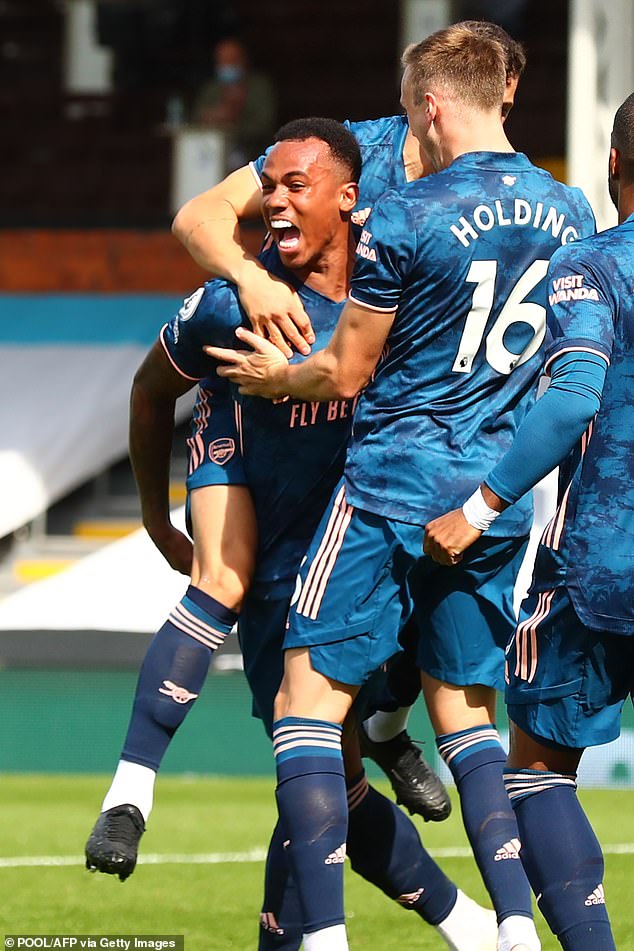 His performance was even more impressive seeing that the last time he played a competitive game was for Lille during a 1-0 victory over Lyon on March 8.

After Arsenal’s victory, Arteta praised both his new signings Gabriel and Willian who got himself a couple of assists.

He said: ‘Yeah they’ve been training very well, for Gabi it was a big challenge to come into this small ground in the Premier League.

‘Gabi did really well, I think he didn’t play for six months with everything that happened in France. For the new guys more than any again I think was brilliant today.’

During his post-match interview, Arteta was asked about a number of his player’s futures at the club.

Alexandre Lacazette scored the opener for the Gunners after just eight minutes, though he has been linked with a move away from the club.

Arteta said: ‘He is in my plans – a player I like a lot. He knows that he has Eddie (Nketiah) next to him and he’s going to push him. Whoever is in better shape is going to play and that’s the same for everyone. 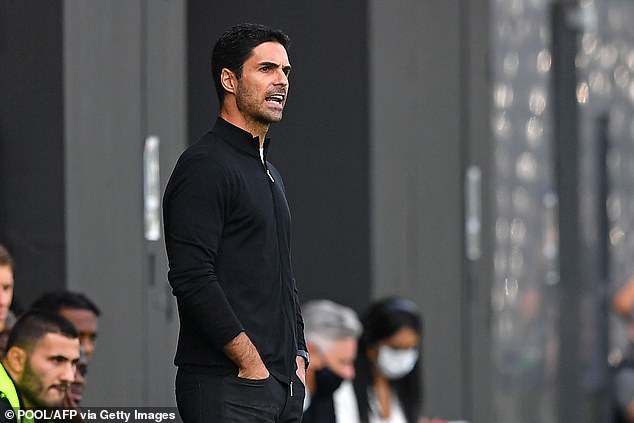 Another player linked with a move away from the club over the summer is Rob Holding.

Arsenal’s boss said that he has spoken to Holding in an attempt to keep him at the Emirates despite talks of him wanting a loan move.

He said:  ‘I said to him (Rob Holding) change your mind because you’re not going anywhere. Again Rob is another one, he’s a difficult time. And now why I have to let him go? He’s playing so why leave this football club.’

One issue which hasn’t gone away is Pierre-Emerick Aubameyang’s proposed new contract.

The deadly striker who scored Arsenal’s third goal in superb fashion, has kept everyone waiting with announcement of a new deal.

Arteta said regarding Aubameyang’s new deal: ‘I’m really positive we’ll get it done and in the next few days you’ll get some news.’

And Arsenal’s victory over Fulham saw Mohamed Elneny make his first appearance since the end of the 2018/19 season.

Artera said: ‘Mo has been excellent since day one in training. I know him from playing together and I know what he can give us and how willing he is to improve. I think today he has been phenomenal.’