A new escape to the country property trend is emerging among wealthy homeowners, according to an upmarket estate agent.

It says that ‘house swapping’ is occurring among second homeowners who are making their countryside homes their main residence, spurred on by the coronavirus lockdown.

Savills, which sells many of Britain’s multi-million pound homes, said that while wealthy homeowners traditonally had their main home in London and a bolthole in the countryside for weekends – they are now turning this on its head.

Got deep pockets and looking for a home in the Cotswolds? This six-bed house in Stow-On-The-Wold is for sale with Savills with a guide price of £1,995,000

Wealthy homeowners second homes can traditionally be found in locations such as the Cotswolds, the South West or parts of the North of England.

But Savills says this set-up is now changing as people crave more space inside and outdoors and it is now the London property that is only used for a couple of days of the week, while the country pile has become ‘home’.

It said lockdown had sparked a ‘renewed love’ for the countryside and the coast, with second homeowners now having a larger country house as their primary residence while keeping a pied-a-terre in London that they can use two or three nights a week.

And it said that this is also driving purchasing behaviour among the wealthy, with deep-pocketed buyers looking for more expensive country homes and downsizing their place in the city.

Another example might be a £2million house in London’s Chelsea and a £500,000 house in Chester being traded for a house twice the size in Chester and a Chelsea flat. 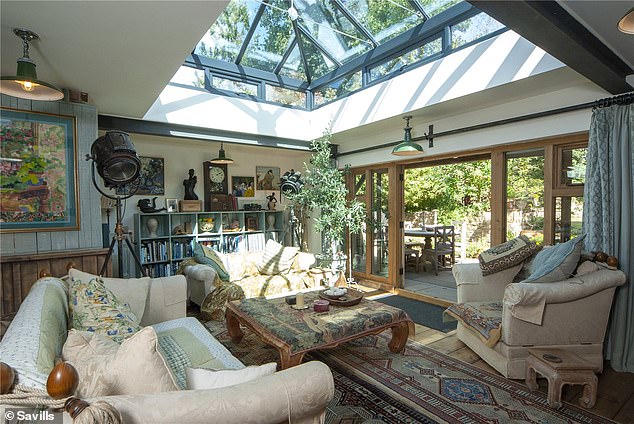 The Grade II listed house in Stow-On-The-Wold offers the Cotswolds on the doorstep, a garden and bags of space 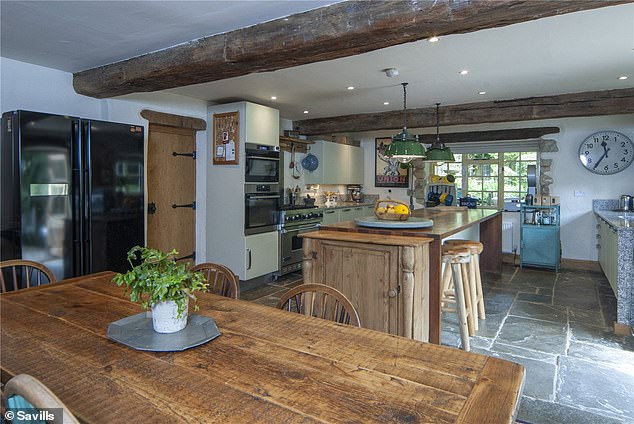 Savills said this trend is reflected by its latest data. This suggested that at the top end of the country house market new buyer registrations have been three times higher, while viewing levels were more than double in the period from the beginning of June to mid-August than compared to before lockdown.

The estate agent expects buyers will continue to seek value on offer in this part of the market – where prices remain on average 21 per cent below their 2007 peak – at a time of ‘unprecedented demand’ for outdoor space.

The trend is likely to benefit local economies and these buyers in rural areas will tend to be families willing to make a ‘wholesale commitment to a change in lifestyle’, it said.

‘Before Covid, people may have had a main home in town and a bolthole in the country, and this was particularly the case for those people working in London.

‘We are not seeing a mass exodus out of London – however, now they are buying their main home in the country and a flat in the city where they will spend a couple of nights a week due to remote working.’

We are not seeing a mass exodus out of London – however, now they are buying their main home in the country and a flat in the city

He says there are a number of popular locations where house swapping is taking place, including Dorset, south Wiltshire and Norfolk.

He added: ‘We have noticed that the bolthole purchase in London is often pretty site specific and linked to being able to walk or join a cycle route to work.

‘Whereas in the past buyers asked about the nearest underground station it’s now about the walk or cycle time from home to the office.’ 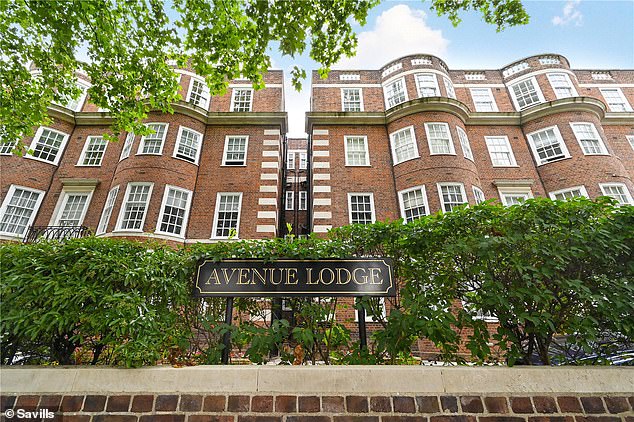 Looking for a pied-à-terre? This luxury flat is in London’s St John’s Wood is being sold via Savills, with a guide price of £1,250,000 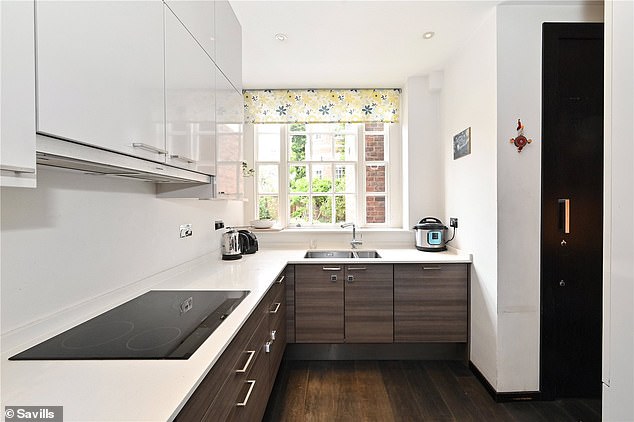 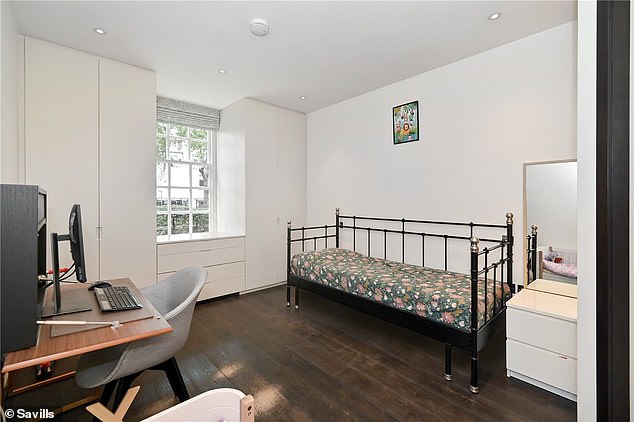 The London flat has two bedrooms, one with space for an office area for those who need to do some working from home in the city rather than at their country pile

Sam Butler of Butler Sherborn, the Cotswolds property specialist, also highlighted how the countryside has become a priority for buyers, saying: ‘The demand to move to the country continues unabated, with the proximity to good schools, the space to work from home, and good transport links to London high on the list of purchasers’ priorities.

‘For those living in London and other large cities, there is always a point in life when you think about moving out, and that is typically when one has children, but I have never known such demand to move to the green stuff as now.’

Should you worry about your final salary pension as deficits deepen?