Leaked: Some of the City’s best known grandees set to attend controversial Davos in the desert

By William Turvill For The Mail On Sunday

A clutch of the City’s best known grandees are this week set to attend a controversial Saudi Arabian investment conference that was boycotted last year following the murder of journalist Jamal Khashoggi.

Bosses from HSBC, Standard Chartered and the London Stock Exchange are expected to attend the event – dubbed ‘Davos in the desert’ in reference to the annual summit of business leaders in the Swiss Alps – alongside the likes of advertising mogul Sir Martin Sorrell and Aberdeen Asset Management founder Martin Gilbert.

The line-up of participants at this year’s Future Investment Initiative has been kept secret by organisers, but details have leaked out ahead of its start on Tuesday.

Last year’s summit was boycotted by dozens of businessmen following the disappearance of Khashoggi – an arch critic of the Saudi government – in October last year.

Ahead of the conference, the Turkish authorities stated that the journalist had been killed in the Saudi consulate in Istanbul by Saudi agents.

The chief executives of several major firms – including HSBC, Standard Chartered and the London Stock Exchange – pulled out of last year’s summit.

But each of these firms, as well as US giants including JP Morgan and BlackRock, will be going this week – despite growing calls for an investigation into the Saudi crown prince’s role in Khashoggi’s death.

Last month, Mohammad bin Salman maintained that he did not personally order the killing, but said he took responsibility for the tragedy as a Saudi leader.

Meanwhile, prosecutors in the kingdom have put on trial 11 people who they allege were involved in the ‘rogue operation’. 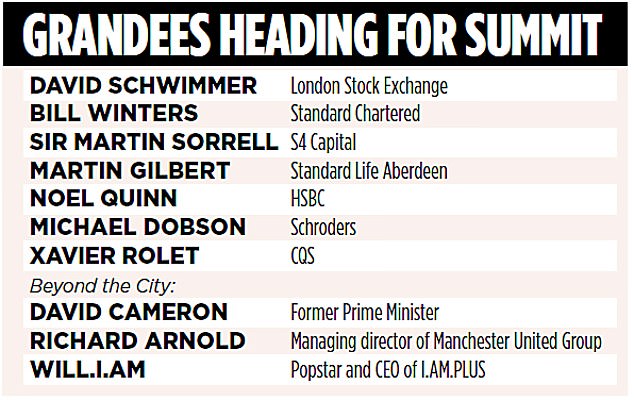 An HSBC spokesman said its involvement reflected the fact that it employed 4,000 staff in Saudi Arabia to ‘support our customers as the country implements its economic reform and social development agenda’.

A number of firms in attendance at the event will be hoping to play a role in the listing of Saudi Aramco, the nation’s state oil company. The firm could be valued at up to $2trillion, making it the world’s largest ever stock market flotation.

Beyond the City, according to an event programme leaked to US website Axios, the summit is expected to be attended by former Prime Minister David Cameron, executives from Manchester United Football Club, SoftBank boss Masayoshi Son and popstar-cum-businessman Will.I.Am.

Where you can still buy a house for less than £40k in Britain?

Best money management apps to keep track of your finances