A US District Court judge in San Francisco has ruled to quash a subpoena issued for the real identity of a Reddit user who had posted critical comments about the Jehovah’s Witnesses.

The subpoena was originally issued after a lawsuit filed against Reddit poster ‘Darkspilver’ over a 2018 post he had made laying out some of his concerns about the Jehovah’s Witnesses’ ‘teachings and practices.’

(Though court filings acknowledge the user’s gender hasn’t been officially entered as evidence, previous filings had referred to Darkspilver as ‘he.’)

As part of an ongoing exchange with other Reddit users, Darkspilver posted an image taken from The Watchtower magazine, a Jehovah’s Witnesses periodical that’s claimed to reach a worldwide readership of 42 million people.

The image was captioned ‘What Gift Can We Give to Jehovah?’ and included a quote from the Bible and a request for donations, something Darkspilver felt was at odds with his understanding of the group’s principles.

Later in the exchange , he also posted a screenshot of a spreadsheet that allegedly showed different types of data collected by Watch Tower, including personal information, medical data, record of meeting attendance and more.

In December of 2018, Watchtower filed a DMCA claim against Darkspilver, alleging he had used copyrighted material without permission.

Reddit removed the magazine screenshot and Darkspilver removed his post with the spreadsheet image, but Watch Tower still wanted to know who Darkspilver was and they had a subpoena issued.

The Electronic Frontier Foundation represented Darkspilver in his effort to fight the subpoena and keep his identity private. 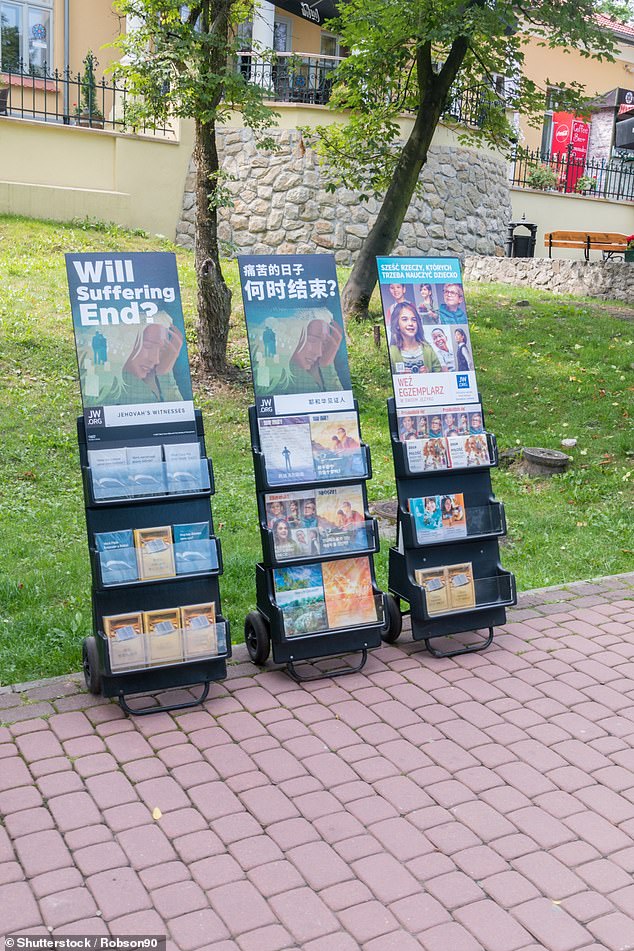 The Watchtower, the Jehovah’s Witnesses’s periodical, sued Reddit user Darkspilver, claiming that he had violated their copyright by posting a screenshot of a page of one of their magazines

He claimed that he was still a practicing member of the Jehovah’s Witnesses and feared the group might disfellowship him for a perceived sin against the community.

‘Our client shared comments and concerns about the Watch Tower organization—something they have every right to do,’ EFF Staff Attorney Alex Moss said in a statement posted on the organization’s website.

District Judge James Donato ultimately ruled to quash the subpoena because Darkspilver’s post was adequately ‘transformative,’ a legal principle that ensures excerpts and examples of a work can be used for criticism and commentary.

‘The DMCA subpoena process is not supposed to be a pretext for unmasking lawful speakers.’

100 scientists stranded on Arctic ship during COVID-19 pandemic after countries...