Coronavirus herd immunity may be ‘unachievable’: Only 5% of people in Spain developed antibodies three months after the pandemic peaked, study suggests

A new study shows that achieving so-called herd immunity against the novel coronavirus may be ‘unachievable.’

Researchers found that only five percent of the population in Spain have previously been infected with SARS-CoV-2 and have built up antibodies.

However, not enough people have gotten the illness for there to be no spread in communities.

This means that 95 percent of Spaniards remains susceptible to contracting COVID-19, the disease caused by the virus.

Researchers looked at blood test results of 61,000 participants in Spain  and around 5% have built up antibodies against the coronavirus (pictured) 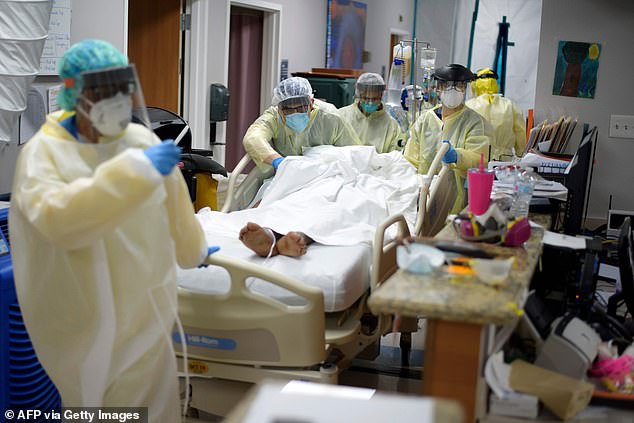 At least 60% of people need to have contracted the virus for it to not be able to spread throughout a community. Pictured: Healthcare workers move a patient in the Covid-19 Unit at United Memorial Medical Center in Houston, Texas, July 2

Public health officials have warned for years that vaccines not only protect individuals but the community as a whole in what is known as ‘herd immunity’.

This occurs when the vast majority of a community – between 80 and 95 percent – becomes immune so that, if a disease is introduced, it is unable to spread.

Therefore, those who are unable to be vaccinated or at high-risk of severe illness, including the ill, very young and very old, are protected. 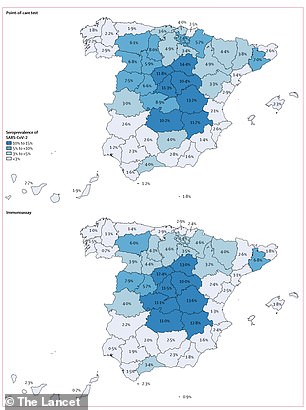 In Madrid, seroprevalence was around 10%, while less densely populated coastal areas had rates lower than 3% (above)

‘Some experts have computed that around 60 percent of seroprevalence might mean herd immunity. But we are very far from achieving that number,’ she said.

This was the strategy of the UK – to build up herd immunity rather than lockdown in order to remove the virus from the community.

When models showed that the nation’s hospital system would not be able to address all the serious cases, the government walked the plan back.

In the first phase, conducted between April 27 and May 11, the antibody prevalence among residents was give percent. 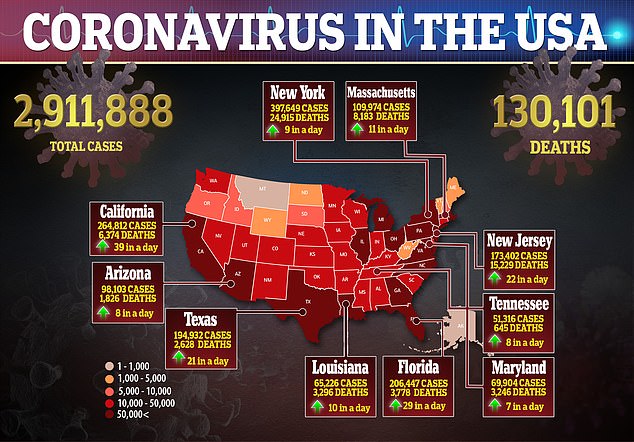 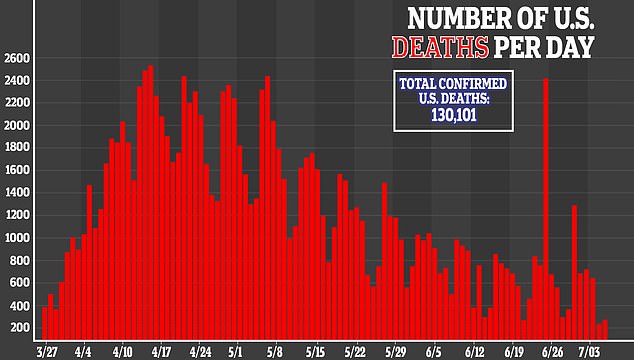 In Madrid, and the surrounding area, seroprevalence was around 10 percent, while less densely populated coastal areas had rates lower than three percent.

The second and third phase showed antibody results sitting at around 5.2 percent.

‘The relatively low seroprevalence observed in the context of an intense epidemic in Spain might serve as a reference to other countries,’ the authors wrote.

‘At present, herd immunity is difficult to achieve without accepting the collateral damage of many deaths in the susceptible population and overburdening of health systems.’

Only about 0.8 percent of the US population has been infected, which Dr Anthony Fauci, the top infectious disease expert, 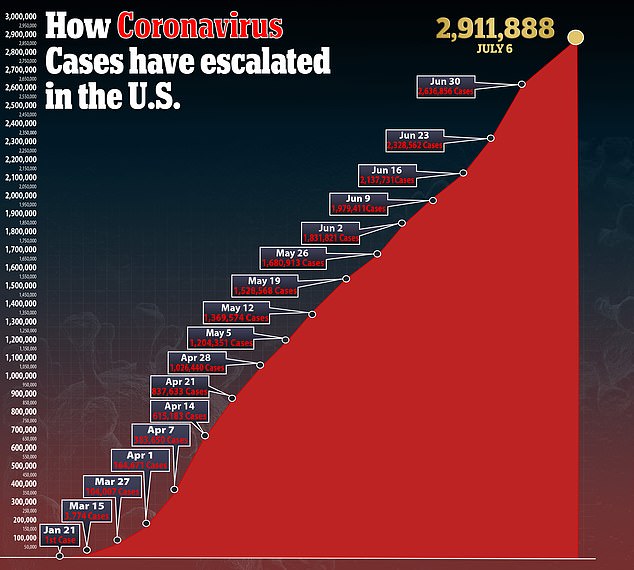 Schools must stay open ahead of pubs and shops, Children’s Commissioner says

Our experts reveal the best ways to keep yourself mentally healthy...