The man, known only by his surname Cao, sought help from an ear, nose and throat specialist after enduring ten days of near-constant nosebleeds.

Cao, who works as a citrus farmer in southern China, confessed to a habit of washing his face in water that has not been sterilised.

Dr Zhou Fucui, the lead ear, nose and throat specialist at Guangji Hospital in China’s, Guangdong province, is pictured pulling a leech out of a man’s nose. Known only by his surname Cao, he went to her after enduing ten days of near-constant nosebleeds 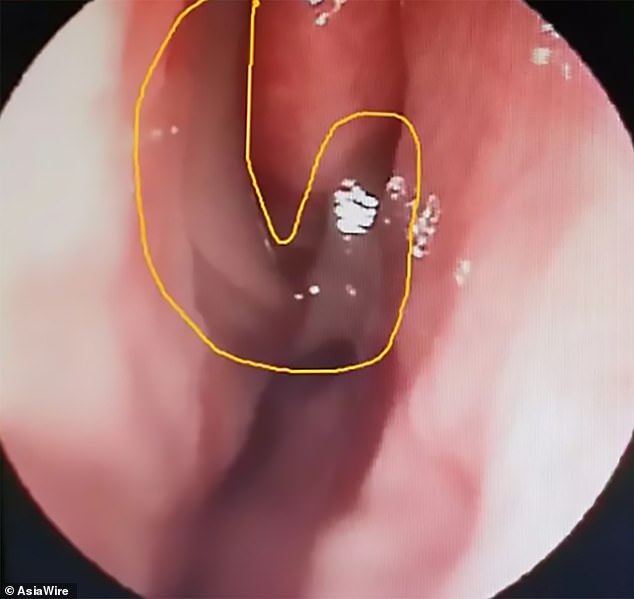 Little did he know two blood-sucking leeches were inside his nostrils. It is unclear how they may have caused his nose bleeds.

Cao went to see Dr Zhou Fucui, who is the lead ENT specialist at Guangji Hospital in the Guangdong province.

She inspected the inside of Cao’s nose with an endoscope, where she discovered the two parasites.

Contrary to popular belief, most leeches don’t rely on drinking blood to survive. Some eat other small animals and some feed off decomposing bodies.

Blood-sucking leeches only suck about a teaspoon of blood and when they’re full they naturally fall off.

For humans, blood loss from a single leech would not be significant enough to be harmful, and their bites are not very painful becuase their saliva contains a numbing agent.

Bites may bleed after the leech has gone because the saliva stops blood clots, but this usually heals on its own.

Leech bites may cause infection in some circumstances but this should be easily treatable.

The worm-like creature were able to hide themselves in Cao’s narrow nostrils, which made them tricky to remove them.

Dr Fucui eventually managed to grab the leeches, which were 5cm long, with forceps.

‘Leeches are very hardy, so it’s easy for them to survive in the human body,’ she said.

In February, doctors in the south-western Sichuan Province found a 10cm leech had lived in a 60-year-old man’s throat for two months after he drank contaminated water.

A leech is a type of segmented worm that has suckers at both ends of its body, one of which contains the mouth and is used to suck blood for the creature to feed on.

Leeches can range in size from minuscule to 20cm (eight inches) or even longer when stretched out, and are found all over the world.

They feed on blood by making small cuts in their prey’s skin then covering it in their saliva, which numbs the area and increases blood flow. 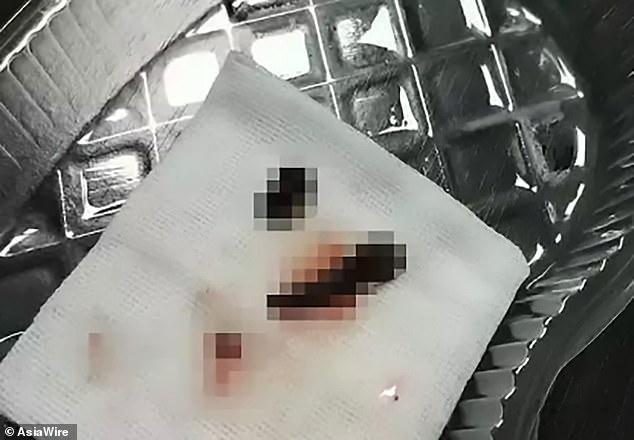 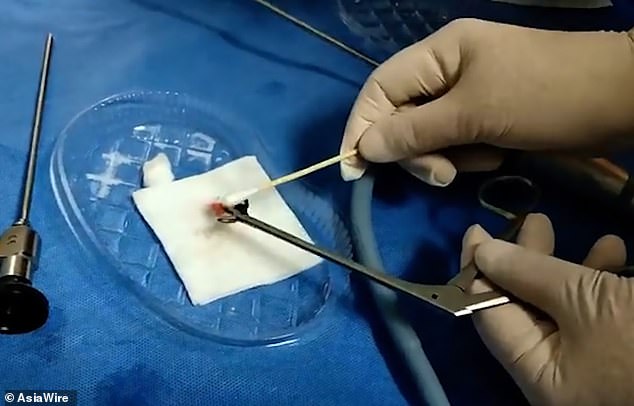 Dr Fucui eventually managed to grab the leeches with forceps 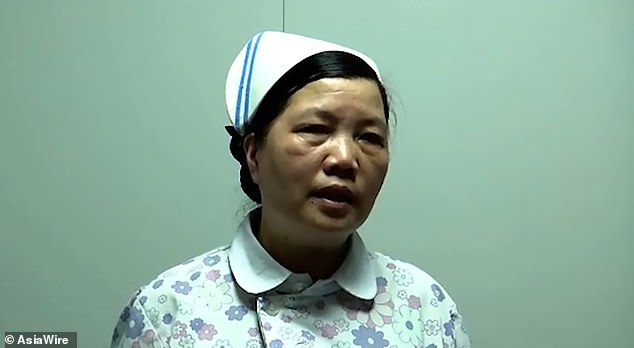 DR MICHAEL MOSLEY: How to diet without even noticing? Don’t eat after 7.30pm