While Covid-19 closes doors the world over, one has crept open for the oldest swinger in town.

If his instincts are right, and those of almost everyone else are wrong, then it will lead him on an astonishing jaunt all the way to the Tokyo Olympics.

A sizeable ‘if’, if ever there was one. But then he’s an ambitious man is Geoff Thompson, a 62-year-old who was once known as the Karate Kid and today calls himself something else.

Thompson was a titan of his craft back in his day: a five-time heavyweight world champion in the Eighties and a lifesaver of troubled youths ever since via his charity. That first chapter seemingly ended with his retirement in 1986 and his second has made him a highly-respected administrator within British sport.

But it is the proposal for a third that will raise eyebrows. It started with the itch for another casual spin on the mat a year back and then an epiphany for a far bigger goal hit in the past few weeks.

‘It was the coronavirus and the Olympics getting pushed back a year that brought this on,’ he says. ‘I’m sure the world as we know it will look very different when we are done with this and for me it just put a thought in my mind: why should I be too old? 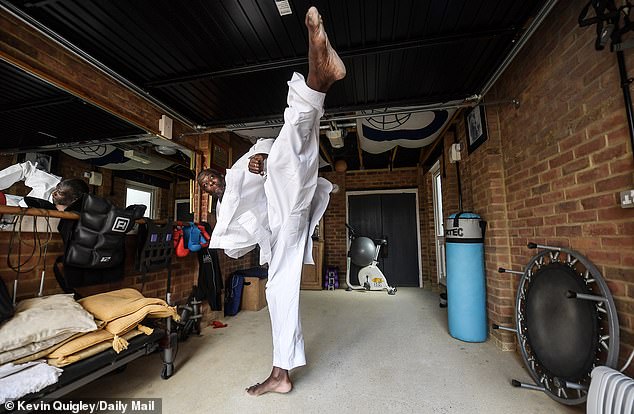 ‘I have a year now because of the Olympic postponement to get myself ready and to prove to people that a number does not define me. This will be the first time karate is in the Olympics and I plan to be there.’

If there was surprise within the karate community when Thompson made his muted return to competition last year, then his plans for Olympic qualification will positively dumbfound his sport’s authorities.

The beauty is that this street kid turned champion turned political agitator has never particularly cared for what top brass think.

‘The president of the World Karate Federation, Antonio Espinos, thinks what I am doing is an incorrigible act of disrespect to my fellow generation,’ he says. ‘He thinks the old man has gone mad and should be in a home.’ 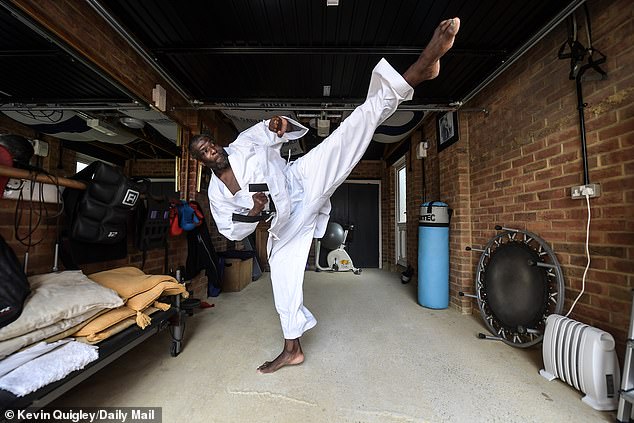 It would seem the British hierarchy are rather bemused as well. ‘They didn’t understand me last year but they never understood me anyway,’ Thompson says.

‘People can consider it mad but they also considered George Foreman mad when he came out of retirement. He won the world title at 45. I’ll let my performances speak for themselves.’

With that, Thompson has a fun tale to tell. It happened in February at the national taekwondo centre in Manchester, where the best of British karate also train, including the world champion Jordan Thomas.

Thompson held Thomas’s status and more once upon a time, having won individual kumite world titles in 1982 and 1985, and three team golds between 1982 and 1986, so he fancied sparring with his distant successor.

‘He had sparring partners come from all over the world and I’d go and get involved with him and them,’ says Thompson. 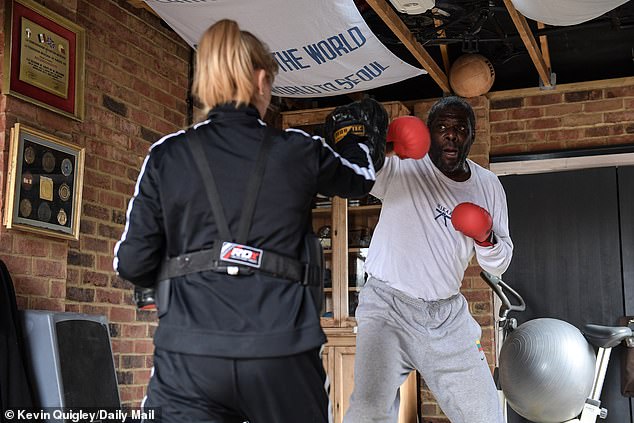 ‘I sparred a few of them, did well, and then they banned me.

‘Maybe that’s the greatest compliment they’ve ever paid me. They told me I couldn’t go on the mat any more. Fair enough. I wasn’t going to be accused of disrupting Olympic and Paralympic preparations.’

A figure in the sport confirmed that Thompson took part in sessions and was ‘quite aggressive’. That he saw enough to suggest he can still compete is evidenced by this bold Olympic bid.

Whether he can get to the Games is open to doubt. But Thompson has strong motivation, not the least of which is a desire to inspire kids he works with on the streets.

That has been the focus of his life for 27 years, since he founded the Youth Charter for Sport.

It was a calling based on his own brushes with crime as a youth in the East End of London and the group has helped change the lives of thousands, including Olympic gold medallist Darren Campbell. 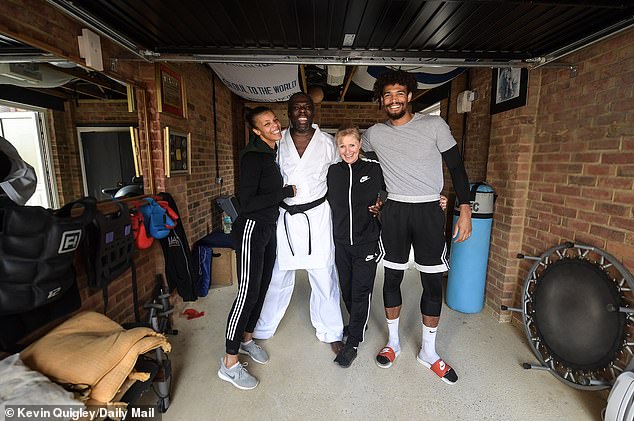 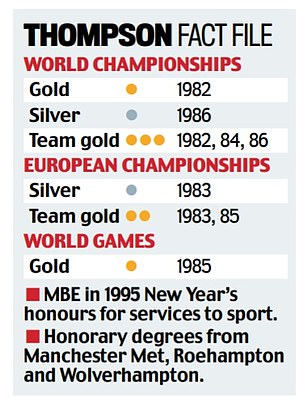 ‘I worry very much about what effect coronavirus will have on kids on the street,’ Thompson says. ‘It is more important than ever to use sport to keep them engaged if opportunities for them elsewhere are reduced. They are already killing each other with knives and it is essential that we reach them. My life is about speaking to them, going to prisons or wherever, and making them see another way. If they see me getting in there and having a purpose, they might see another way for themselves.

‘I have met prime ministers and I have also been to the United Nations, but this is something that works with the kids.’

The training to reach the Olympics and increase the volume of his message is quite something.

Thompson’s wife Janice, a former karate world champion, has led the isolation-period coaching in his garage in Kent, which he calls the ‘torture chamber’, with his eldest son, Jordan, a cruiserweight boxer who recently served as a sparring partner for Tyson Fury. Most sessions involve a 14kg weights vest and two hours of hard sweat. ‘It’s been brutal but muscle memory is real,’ he says.

Underpinning everything is a lifelong seam of defiance.

‘Anyone who says I cannot do it should come and do a session with me,’ he says. ‘I was always a freak and I will show it again. I have fought barriers my whole life — racial intolerance and racial indifference — but no one will use my own age against me.

‘Tell me I can’t do something and watch me go. I am not deluded. I am not saying I can do what I used to do 35 years ago. But I am like a vintage car — you cannot take me out every weekend, but once in a while I can still move.’ 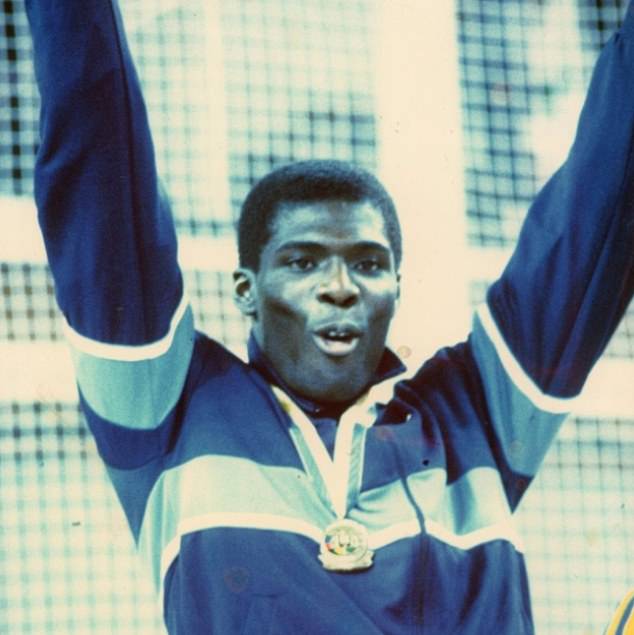 Ian Rush on how he was shown the door by Bob...

Coronavirus Japan: Japanese officials at loggerheads with IOC over refusal to...