Can you hear me now?’ asks Gerbrandt Grobler, stepping out into the moonlit bushveld of his farm, patrolled by lions and hyenas.

Against a backdrop of hundreds of chirping crickets, he is seeking the strongest phone signal so that he can share stories of his remote lockdown on the South Africa/Botswana border.

‘I’ve had about 1,900 hectares [4,700 acres] all to myself,’ he says. ‘Most of the time I’ve been on my own, living off the land. It has been pretty raw, pretty cool and, at times, pretty f*****g scary. It used to be a cattle ranch but there were too many leopards so they never made a success of it. It’s nature at its finest.’ 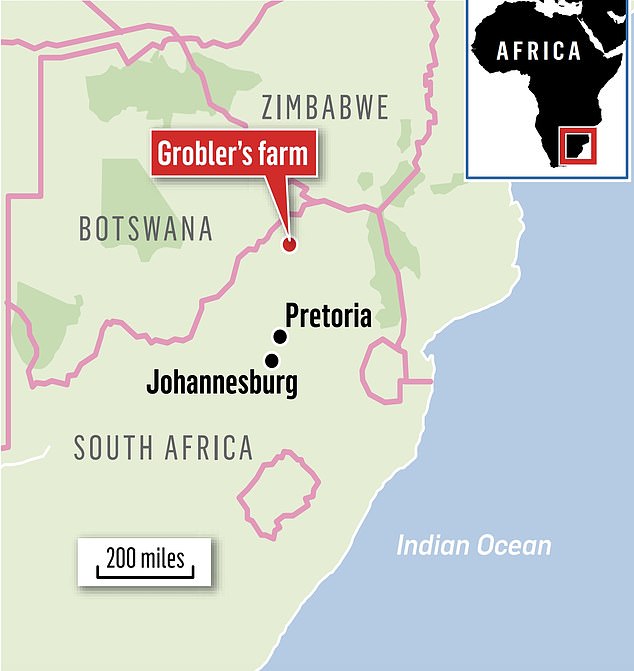 Grobler is living on 4,700 acres of land and has to travel 40 miles for a food shop

With only a small rucksack filled with clothes and a passport, the Gloucester lock arrived back in the Limpopo province two months ago.

He has been cut off from humanity and his most loyal companions have been three wild meerkats.

The harsh realities of Covid-19 have been a distant concern, however mother nature has posed altogether different challenges.

‘I’ve been cut off from it all,’ he explains. ‘I caught the second-last flight out of the UK in March with some hand luggage — three pairs of underwear, two pairs of shorts — and I haven’t left since.

‘The nearest place you can do proper food shopping is about 40 miles away but I’ve not been there for three weeks. You live off the land. I’ve shot a kudu and an impala for meat to make biltong, sausages and steaks. One or two neighbours grow vegetables so we help each other out and exchange.’

But how far away are they? ‘About 10 miles away… they won’t hear me if I scream!’ he says, laughing. 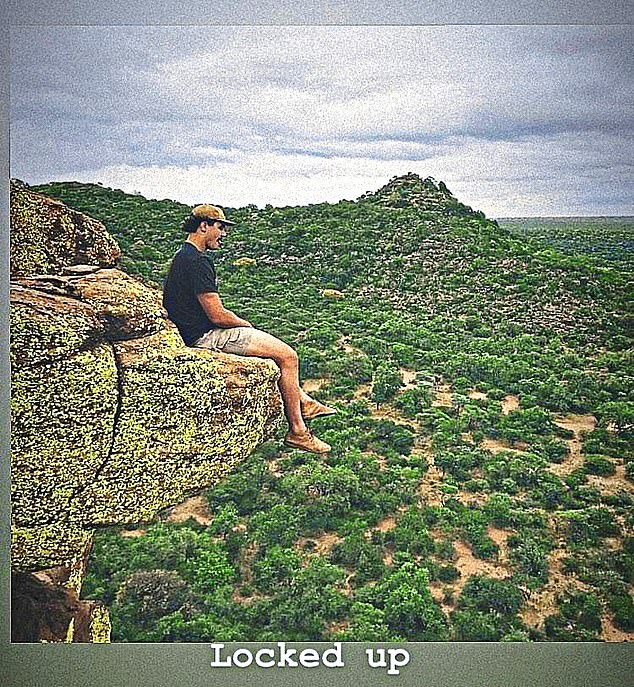 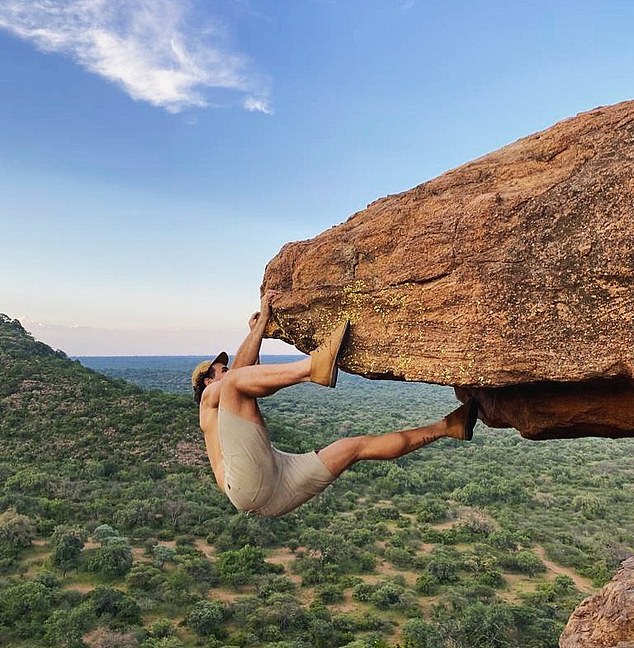 Due to his location, Grobler says he has been cut off from the harsh realities of Covid-19

‘My best friends at the moment are my three meerkats. They got lost from their family so I picked them up and I’ve been trying to reintroduce them to the wild. They follow me around wherever I go. As soon as the sun comes up, they’re waiting for me. They’re learning how to feed themselves. One ran into the house with a scorpion in his mouth, so they’re getting there.

‘I try to go for a long walk every morning to explore. You see the odd buffalo or hyena but nature is not the enemy. I enjoy it. I’ve seen one or two leopards, too, which can be kinda scary. I walked up to this little ridge, sat down and had this weird feeling that something was around.

‘On the opposite rock, about 30 yards away, there’s this male leopard whipping its tail back and forth, staring at me. You can’t let it see that you’re scared so I casually stood up, walked around the corner and then ran like f***ing hell. I keep fit that way!’

His province is one of the poorest in South Africa. The economic downturn has exacerbated poverty levels. Local news headlines are dominated by lions on the loose, rising food parcel applications and unmonitored harvesting of a herb that locals believe will cure the coronavirus. It is hand-to-mouth desperation — and Grobler has witnessed the side-effects.

‘People here are having to defend their land,’ he says. ‘There are guys illegally poaching for bushmeat and selling it on for a lot of money. It normally happens once or twice a year but it’s becoming a regular thing. The other night, at around 12.30, I heard this commotion outside. Voices, dogs barking and a pig squealing. Sound travels clearly here so it was pretty scary.

‘I put my shoes on and went out with my pistol. There’s three guys with spears trying to slaughter this animal. I ran at them and fired a few warning shots into the air.

‘That was it. They dropped their s**t and ran. I went back in the morning and you could see their foot tracks in the dirt… one of them was wearing six-stud Kaiser football boots.’ 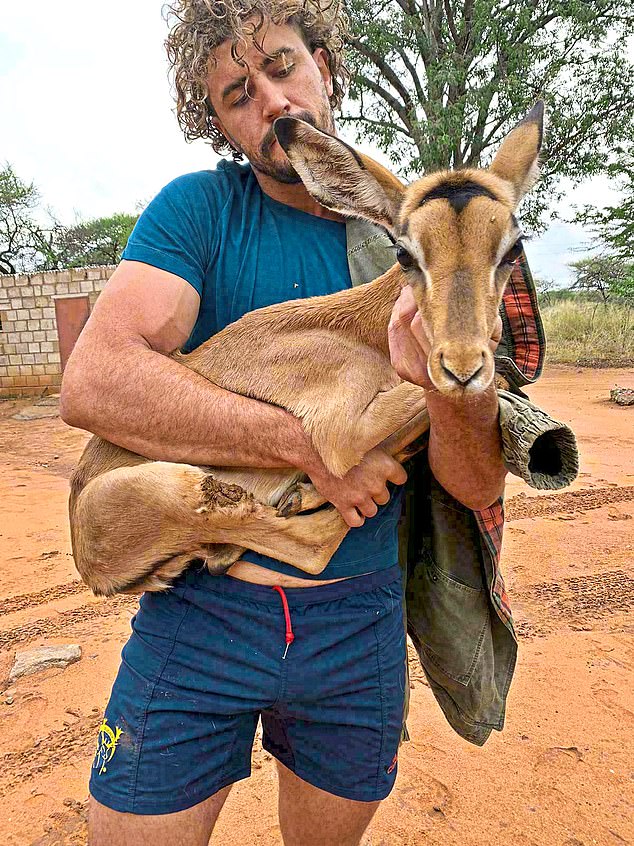 While in South Africa, Grobler tries to be as active as he can be on the farm during the day 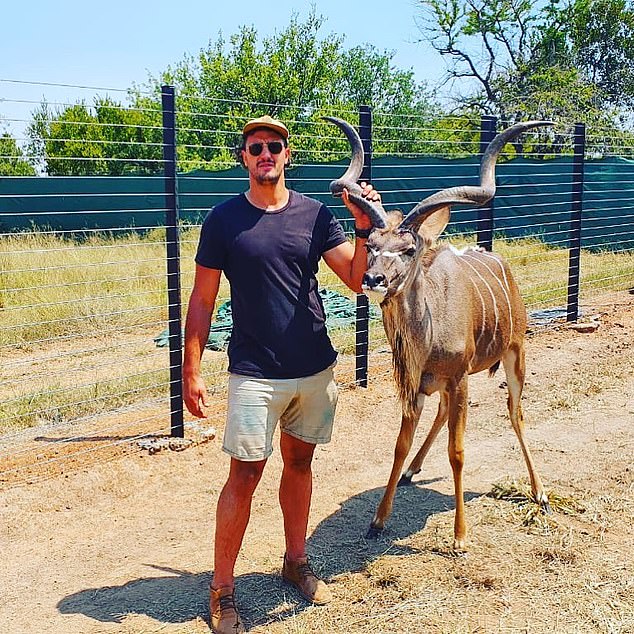 As for Grobler lacing up his own boots, the immediate future is uncertain. He was due back in Gloucester on Monday but all flights have been cancelled.

A host of South African players are struggling to return for training, which is set to make a staggered return and a number of clubs could be left without significant firepower.

‘We started talking about it on Thursday but no one can leave the country,’ he says. ‘There are repatriation flights but they’re for UK citizens only. We’re trying to get letters from the club that would allow us to buy tickets. But tickets cost around £2,500 for a one-way flight and we’ve still got to get clearance. There are probably enough of us here to fill a whole plane but South Africa is so big that it’s difficult.

‘Akker van der Merwe is up in George, Franco Marais is in Durban, I’m in Limpopo. With the lockdown, you need a special letter to drive between provinces. It’s a bit of a s**t show. I’m about 200 miles from Johannesburg Airport but the roads are really s****y, so it takes about six hours.

‘When we do get back there’s a 14-day quarantine so no one really knows what’s going to happen.’

Nor does Grobler know what he will return to. His head coach at Gloucester, Johan Ackermann, announced on Friday that he has accepted a new job in Japan, meaning there will be a new management set-up.

And no date has been set for a return to full-contact or matches, with players left largely responsible for their own fitness. ‘We’ve essentially had an extended off-season,’ says Grobler. ‘There will be quite a broad spectrum of how fit guys have kept but nothing can prepare you for a rugby game like a rugby game.

‘I’m quite active on the farm. Making sure water is in all the lakes, checking fences, building roads, moving stuff. I don’t really have a gym here but I’ve been using a tractor tyre and one or two old gas bottles that double up as weights. It has been good to have a mental break.’ 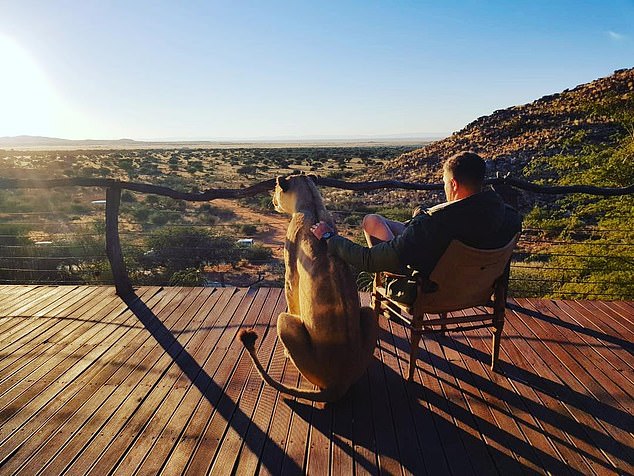 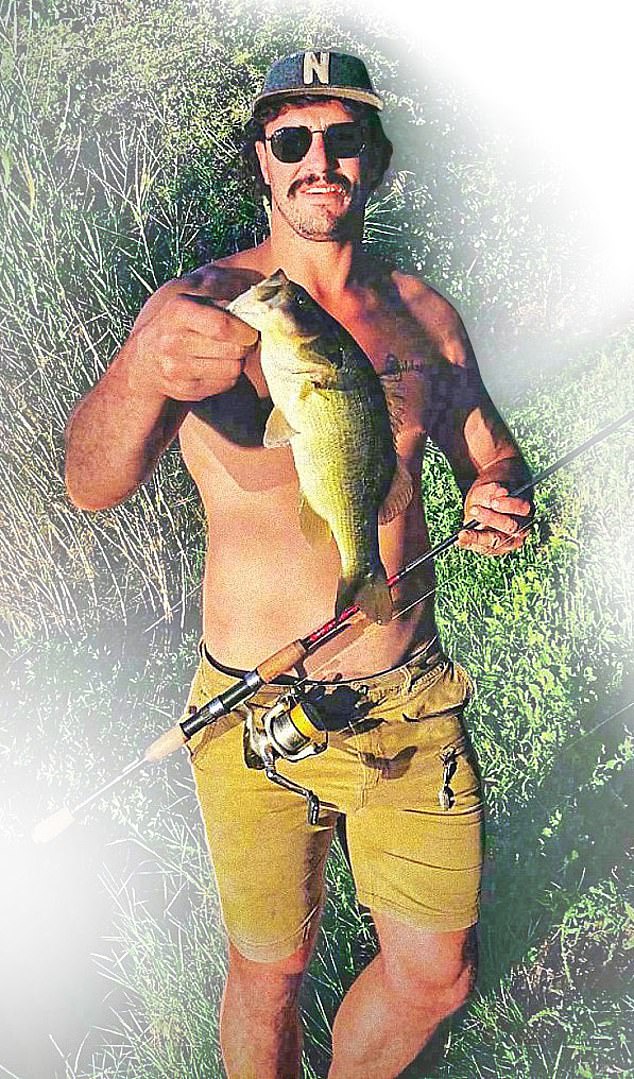 Yet the thought of rugby returning is met with anxiety, as well as excitement.

With little access to news services, Grobler will not be privy to the thoughts of medical experts such as Barry O’Driscoll, who has questioned how the sport can return because of its physical nature. But that does not mean he is not armed with strong opinions.

‘One of my mates came to stay with me recently, a rugby player, and we were sat around the fire talking about how things will get going again,’ he says.

‘Don’t get me wrong, I miss playing rugby. It’s not a safe game, you can break bones, but you want to play it in a safe environment. I can’t wait for rugby to return but you don’t want to put yourself at unnecessary risk.

‘It’s a contact sport but we’ve all been told to stay away from human contact. So how does social distancing tie in with 16 guys in a scrum? It doesn’t get much more personal than that.

‘We might be doing things that the general public aren’t allowed to do, on a reduced salary, to entertain people on their couches. For what gain? If you say “no”, will they cancel your contract?

‘Players are just assets. Pieces of meat. There’s a lot of questions to be answered and there should be a good platform for players to raise them. Maybe they’re already being addressed and I just don’t know. I’ve been off grid a little.’ 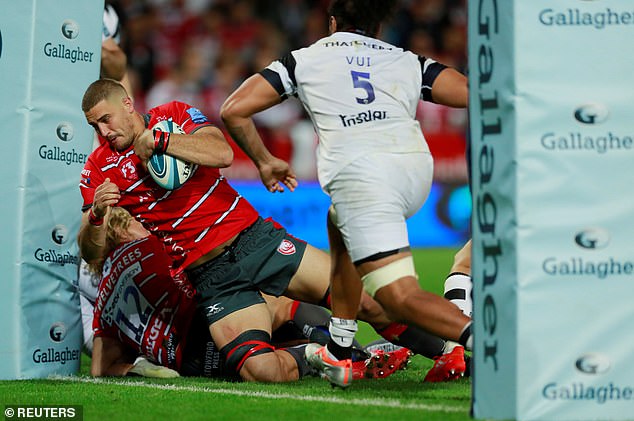 The thought of rugby returning is met with anxiety, as well as excitement, says Grobler

Coronavirus: Max Whitlock refuses to give up on Tokyo Olympics but...