Facebook has announced a new plan to build a 23,000-mile-long cable around Africa to bring high speed internet to the 1.3 billion people living on the continent.

The project, called 2Africa, should more than triple the total network capacity in Africa when it’s completed in 2024.

The cable is roughly the same length as the circumference of the Earth, and will deliver connection points to 23 countries, including Ghana, Ivory Coast, Gabon, Madagascar, Saudi Arabia, and Sudan.

‘This expanded capacity will facilitate a healthy internet ecosystem by enabling greatly improved accessibility for people and businesses alike,’ Facebook wrote in a blog post announcing the project.

‘We have seen firsthand the positive impact that increased connectivity has on communities, from education to health care.’

‘We know that economies flourish when there is widely accessible internet for businesses.’

Facebook expects the cable to bring the company closer to its goal, established as part of an earlier partnership with The Internet Society, of ensuring at least 80 percent of Africa’s internet traffic is sourced from local providers.

The cable will also have a crossing between the Red Sea and the Mediterranean and provide improved connections in Italy and Spain. 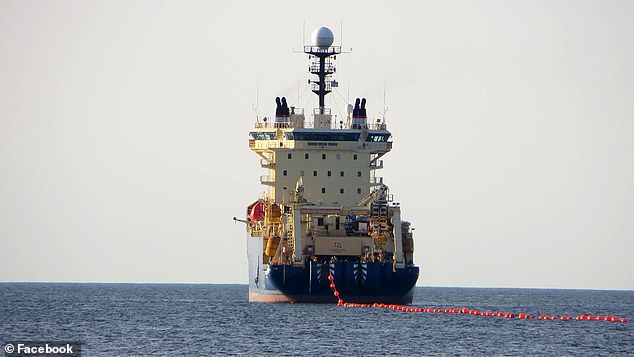 The cables are being built by Nokia Oyj’s Alcatel Submarine Networks, and will be buried deeper in the ocean floor than fiber optic cables typically are, to protect it from ship anchors and other environmental threats.

Facebook hasn’t stated a cost for the project but Bloomberg reports it could be close to $1billion.

Despite 2Africa’s impressive ambitions, the record for longest undersea cable in the world still belongs to the 24,000 mile Sea-Me-We 3 cable that runs through Germany, Saudi Arabia, India, China, and Australia.

WHAT COUNTRIES WILL BE CONNECTED TO 2AFRICA?

Want to boost your resume? These courses provide some of the most in-demand skills in today’s market

Amazon’s Alexa updated to help respond to users who are concerned...

Mussel beds act as traps for microplastic pollution dumped in the...