The Football League will announce next week that there will be no further games in Leagues One and Two — but that the play-offs could still take place.

The Championship remains in the balance but if the season were to end now, their play-off tournament seems certain to happen at Wembley, assuming player testing can be arranged and Public Health England will allow it.

The EFL says they are consulting clubs as to how best to award promotion and relegation spots in Leagues One and Two. Though the process has started, it seems certain to end up being decided on points per game.

That will provoke a furious row from those who wish to play on, such as Peterborough United owner Darragh MacAnthony, who is threatening a ‘legal battle of epic proportions’. Peterborough will be one of the big losers if the season is curtailed on points per game as they would drop from sixth, inside the play-offs, to seventh, just outside.

The EFL has looked at various models, such as weighting points per game for home and away, but has concluded there are too many hostages to fortune, with clubs complaining about the relative difficulty of their home and away fixtures prior to the lockdown.

The simplest solution — in essence, the least worst — is basic points per game, which would see Coventry and Rotherham promoted to the Championship with Swindon, Crewe and Plymouth up from League Two.

What remains in doubt is how to settle the remaining promotion position from both divisions. 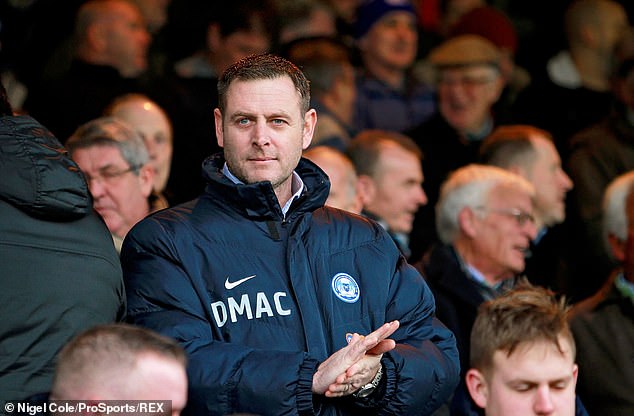 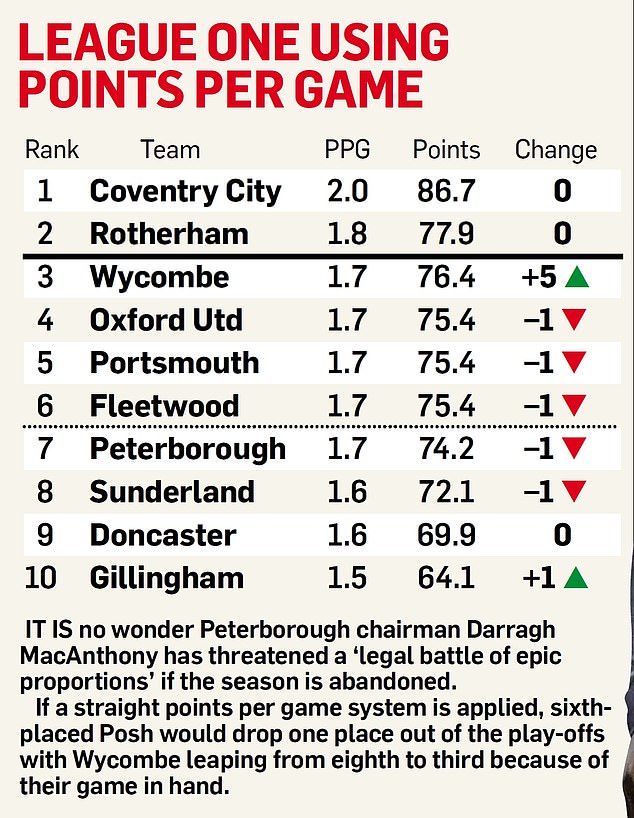 Ideally, play-offs would take place involving teams placed third to sixth in League One and fourth to seventh in League Two.

The one–off semi-finals and finals could take place at Wembley, next month or in July. However, funding is needed for player testing to take place while they are in training.

This would have to follow the same protocols which have been dictated by Public Health England to the Premier League and are both extensive and expensive.

The Premier League, which is funding all of its own testing, could step in and provide the same service as a goodwill gesture to the lower leagues. Players would quarantine for a week in a hotel before matches as at most they would only be required to play one semi-final at Wembley followed by a final.

As for Championship play-offs, they could yet fall away as official EFL policy is that they want to play home and away semi-finals behind closed doors. That will not be permitted by the Government.

There is no provision at present for the Championship to share with the Premier League the 10 neutral grounds which will be licensed by the Government.

However, the Championship play-off final is one of the most significant TV dates of the year and even if the rest of the competition is suspended, there would be a strong desire to complete that route into the top flight. 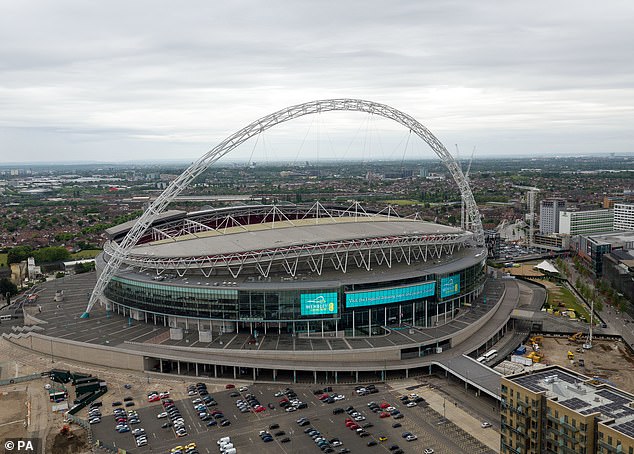 If testing equipment is made available, final promotion spots could be decided at Wembley 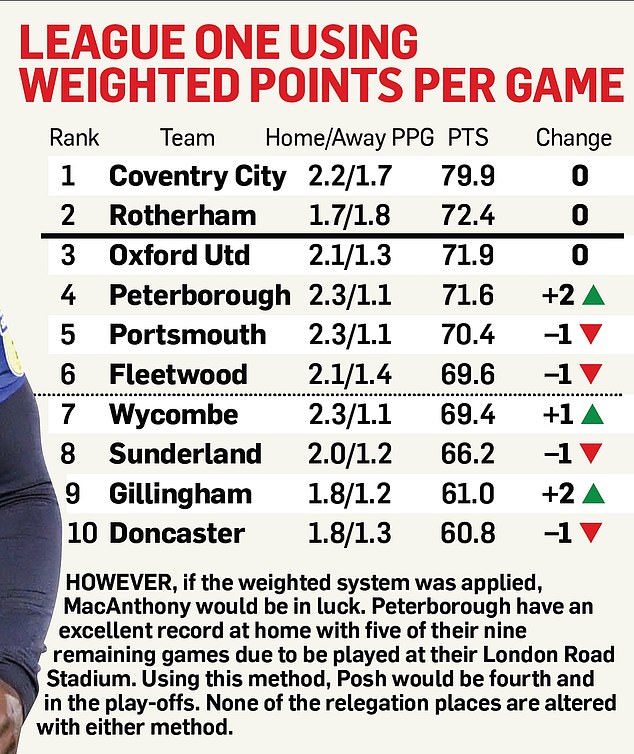 The Championship is unique in that all the teams have played the same amount of fixtures — 37.

Leeds and West Brom would be promoted as top two with Fulham, Brentford, Nottingham Forest and Preston contesting the play-offs.

However, there is still a will among several Championship clubs to play out their campaign and that will be argued fiercely this week.

Several club executives in the EFL told The Mail on Sunday they had not been informed of any impending vote on either ending the season or promotion and relegation. There is, however, an understanding among them that one is bound to be on the horizon following chairman Rick Parry’s evidence to the Department of Digital, Culture, Media & Sport select committee last week.

And it is more likely that the process this week will be to canvass opinions, rather than a formal vote.

When the EFL asked its members what they wanted two weeks ago, the majority wanted to play on, but the balance has shifted since then

The Mail on Sunday surveyed all 47 clubs in Leagues One and Two and many also still want to play. But it is understood there is no longer a majority who wish to do so. 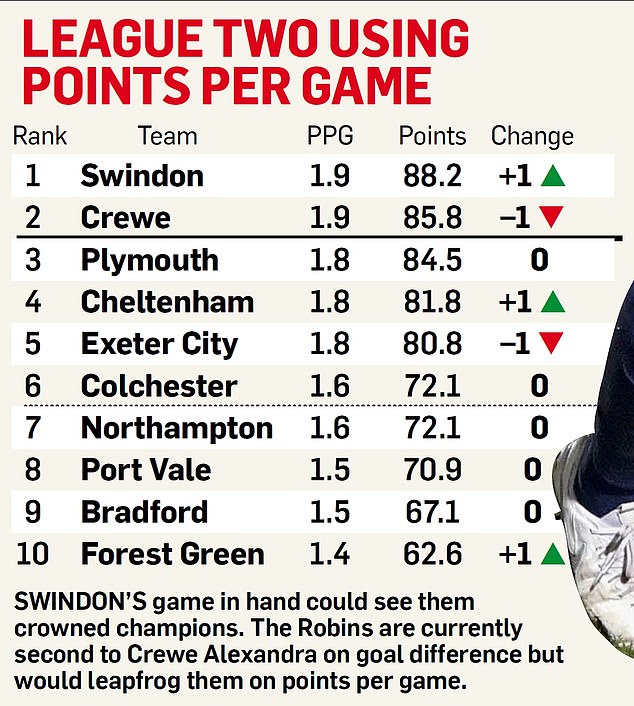 Many clubs there are reluctant to restart without any cashflow from gate receipts, as they would have to come off the Government’s furlough scheme, which is vital to survival.

At present, clubs don’t have to pay performance bonuses, which make up a large proportion of player wages. There is little incentive to play with no crowds and become liable for such commitments.

For clubs with no interest in promotion or relegation there is neither the will nor the money to go through the rigmarole of extensive testing and training protocols in order to finish behind closed doors. One League One chairman said he would be ‘amazed’ if the season continued. Another owner said: ‘Leagues One and Two have gone. All that remains to be decided is how to settle the places and what to do with the Championship.’

The Mail on Sunday was also told that a round-robin email had been sent to club bosses warning them not to comment in the press. 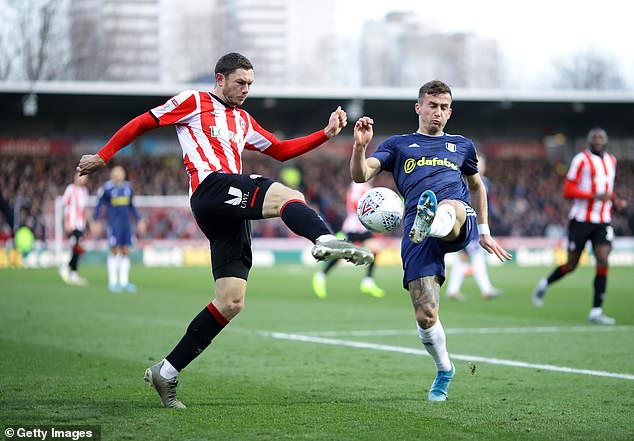 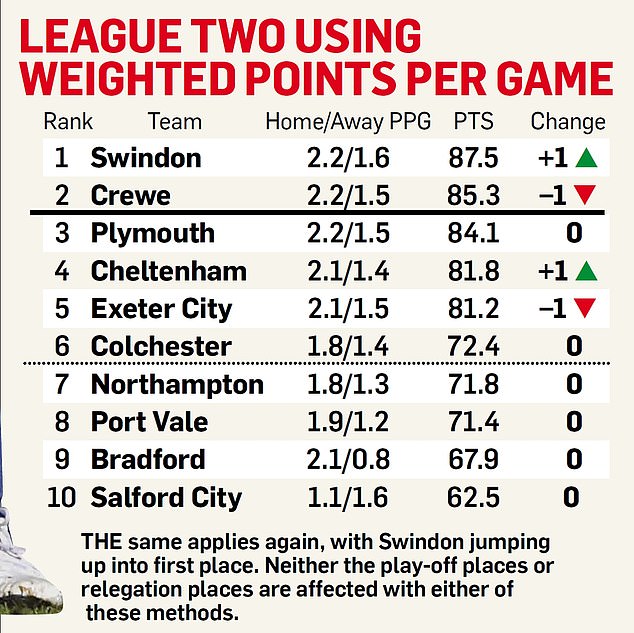 There will still be furious lobbying over promotion and relegation even though it is likely to be on a simple points per game basis. And clubs that wish to play on could yet create a huge legal headache.

Peterborough chairman MacAnthony threatened a robust legal challenge if the decision to end the season is forced upon clubs.

James Severn, sports lawyer and partner at Penningtons Manches Cooper, said: ‘League One is really interesting with only three points between second and eighth. Any club missing out in such a scenario may consider a claim in damages or seek an injunction prohibiting the League from taking a decision to promote or relegate clubs.’

Parry told the DCMS panel that a decision over Leagues One and Two would have to be made ‘within days’ as EFL clubs faced ‘a £200million black hole’ by September.

With gate receipts making up 32 per cent of revenue at clubs in Leagues One and Two, he confirmed too that they would lose money if they had to host any more games in front of no crowds