By David Coverdale For The Daily Mail

The International Olympic Committee are planning to have more athletes and teams competing at this summer’s Tokyo Games despite the Covid-19 pandemic.

In an emergency conference call with sports federations, the IOC made clear on Tuesday they are happy to increase athlete quotas as a solution to the chaos caused by qualifying events being cancelled because of the spread of coronavirus.

And Sportsmail understands contingencies are being made to house extra athletes in Tokyo in overflow accommodation which had previously been reserved for support staff, with the Olympic Village already full.

The IOC believe allowing more athletes to compete at the Olympics is the fairest solution for events in which qualification has not yet been concluded and it will not be possible to hold more qualifiers. Allowing individuals close to the qualifying mark to be selected could also head off any legal battles with aggrieved athletes.

But the decision to increase rather than limit the number of athletes in Tokyo is sure to raise alarm when the coronavirus pandemic has caused mass gatherings to be banned across the globe.

In a statement, the IOC said: ‘Any increase in athlete quotas will be considered on a case-by-case basis under exceptional circumstances, with the support of the Organising Committee Tokyo 2020.’

With only four months to go until the Olympics, 43 per cent of the original quota places for Tokyo – approximately 4,700 spots – are yet to be filled. The IOC are therefore allowing all sports federations to rewrite their qualification rules.

The IOC want the new qualification criteria to be published by the beginning of April. Sports will be allowed to use international rankings or historical results if qualification events are not able to be held or rescheduled by the summer. 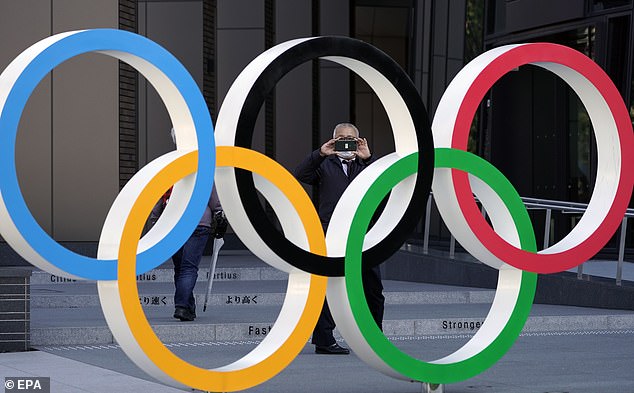 Despite growing calls for the Olympics to be postponed or called off, the IOC made clear on Wednesday they are confident of staging the Games as planned in July. An IOC statement added: ‘This is an unprecedented situation for the whole world. The situation around Covid-19 is also impacting preparations for the Olympic Games Tokyo 2020 and is changing day by day.

‘The IOC remains fully committed to Tokyo 2020, and with more than four months to go before the Games there is no need for any drastic decisions at this stage; any speculation at this moment would be counter-productive.

‘The IOC encourages all athletes to continue to prepare for the Olympic Games as best they can. The IOC has confidence that the many measures being taken by authorities around the world will help contain the situation of the Covid-19 virus.’

IOC president Thomas Bach added: ‘The health and wellbeing of all those involved in the preparations for Tokyo 2020 is our No 1 concern.

‘All measures are being taken to safeguard the safety and interests of athletes, coaches and support teams.’

Bach’s comments came hours after Kozo Tashima, the deputy head of Japan’s Olympic Committee, announced he had tested positive for coronavirus. Tashima had attended the International Football Association Board meeting in Belfast on February 28 and was in Amsterdam for a UEFA meeting on March 2. 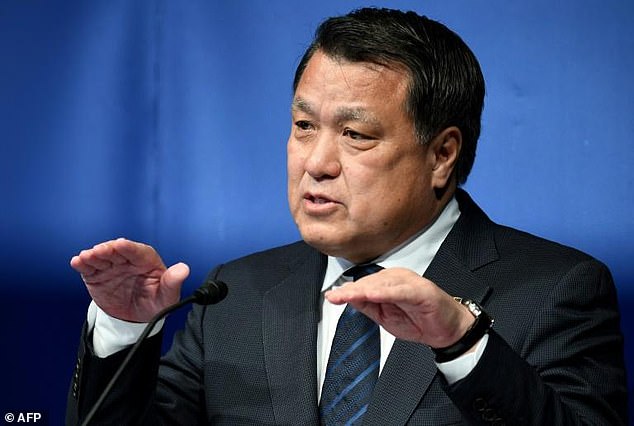 The British Olympic Association will speak to the IOC as part of another emergency call arranged with all national Olympic committees.

Next month’s British Swimming Championships became the latest event on Wednesday to be cancelled because of coronavirus. The meeting at the London Aquatics Centre was due to double as Olympic trials and British Swimming are now reviewing their selection policy.

UK Athletics also announced they are suspending all events until the end of April. They have advised all clubs and running groups against holding training sessions.

Following the IOC statement, British middle-distance runner Jess Judd tweeted: ‘How on earth are we meant to carry on preparing best we can? Will someone share with me what races we can do to get times and if trials will go ahead and when training can return to normal?!’