This summer’s Copa America has been postponed 12 months to 2021 amid fears over the spread of the coronavirus.

The South American continental tournament had been scheduled to take place in Argentina and Colombia between June 12 and July 12.

However, the spread of the deadly pandemic has forced the 12-team competition to be pushed back a year, the South American confederation CONMEBOL confirmed on Tuesday.

It came as the European Championship, set to be staged at the same time, was rescheduled to 2021 as well.

‘This is an extraordinary measure for an unexpected situation and responds to the fundamental need to avoid the exponential evolution of the virus,’ said CONMEBOL president Alejandro Dominguez.

Dominguez said the rescheduled tournament would be played between June 11 and July 11, 2021. 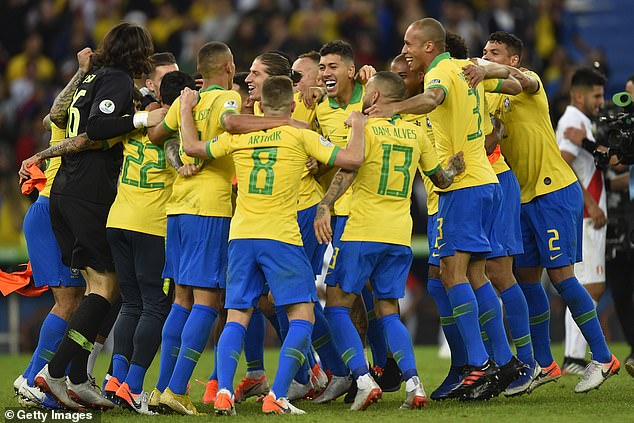 ‘It wasn’t easy to take this decision but we must safeguard at all times the health of our players and all those who form part of the big South American football family. Have no doubts that the oldest international tournament in the world will be back stronger than ever in 2021.’

Brazil won the tournament in 2019, defeating Peru in the final, and the 2020 edition was designed to recalibrate the tournament so it was held on even-numbered years every four years.

Third title will have to wait, says Paul Casey as he...