Christian Eriksen’s proposed move to Inter Milan has edged closer after his agent Martin Schoots had dinner with the Italian club’s CEO for sport Giuseppe Marotta.

Schoots and Marotta left a restaurant in Milan late on Thursday evening, as reported by Calciomercato.

The Serie A club have pursued Tottenham midfielder Eriksen throughout this window, and the Dane himself is thought to be keen on a move to Italy .

Meanwhile, Antonio Conte is also looking to bring in out-of-favour Chelsea forward Olivier Giroud, who has made just seven appearances in all competitions under Frank Lampard.

Asked about negotiations for both players, Inter director Piero Ausilio said: ‘No important news, we have confidence in our work and not only for these two players.’

Giroud’s move to Inter should go ahead once Matteo Politano leaves to join Roma.

Sky Sports reported that Inter have offered £8.5million for Eriksen, though Spurs are looking more in the region of £15m for a player whose contract expires in the summer.

Giroud is also thought to be keen to move to Milan, in the hope of regular first-team football after a frustrating six months under Lampard at Stamford Bridge 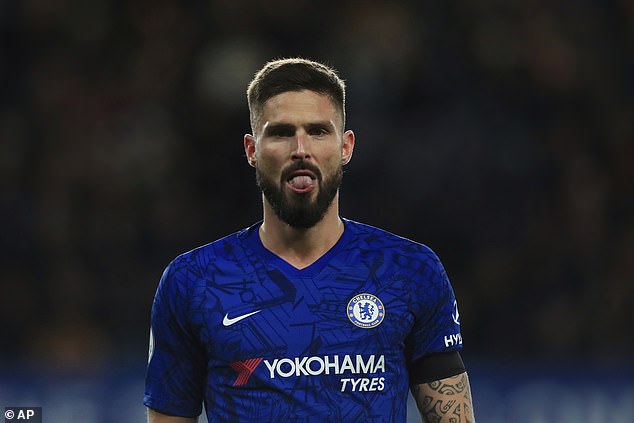