Cambridge scrap plans for 2,000 fans to attend their League Two match with Carlisle on Saturday after the government’s shift in Covid-19 advice… with plans for having crowds back at stadiums on the rocks

By Jack Bezants for MailOnline

League Two football club Cambridge have confirmed that no spectators would now be able to attend their match against Carlisle on Saturday due to the shift in government guidelines regarding coronavirus.

It was announced on Wednesday that pilot events already pencilled in would now be limited to 1,000 spectators, while the scheduled wider return of spectators to sports venues on a socially-distanced basis from October 1 is under review due to a rise in cases nationwide.

The club had planned for a crowd of 2,000 but after the government halved that figure, it was decided the pilot could not go ahead because of invalid tickets in circulation. 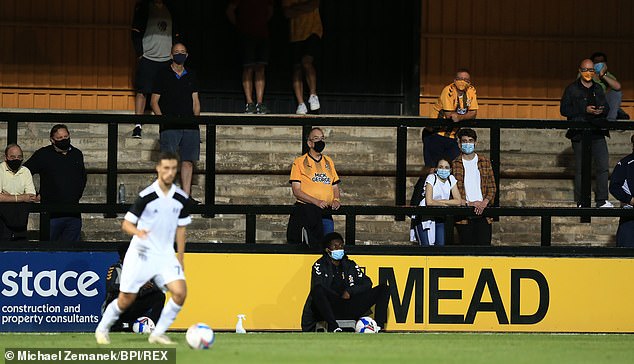 A club statement read: ‘This is no one’s fault – and everyone recognises that the national situation has changed – but it was felt that we would have been left with too many invalid tickets in circulation for a game where safety has to be the number one priority.

‘Even with re-ticketing and regular direct communication to all fans over the next 24 hours, the short timeline means that the club cannot entirely mitigate the risk to fans and stewards of people arriving in good faith for the game with tickets that are invalid and being unable to attend given the reduced capacity.

‘Therefore, whilst it is a difficult decision to cancel the pilot, it is the right one in circumstances where we must all prioritise public health and safety.’

Cambridge did admit spectators to their EFL Trophy match against Fulham Under-21s on Tuesday night.

The EFL told its clubs on Thursday morning it was ‘awaiting further details’ as to whether proposed pilots on September 19 and 26 could go ahead, even with capacity capped at 1,000 spectators per match.

Information from the league’s policy team was published by League One club Accrington on Thursday.

The EFL wrote: ‘During the Prime Minister’s press conference yesterday afternoon he confirmed that, as a direct result of the increase in infections, the government is intending to ‘review and abridge’ the programme of pilots for the return of fans to sporting events. 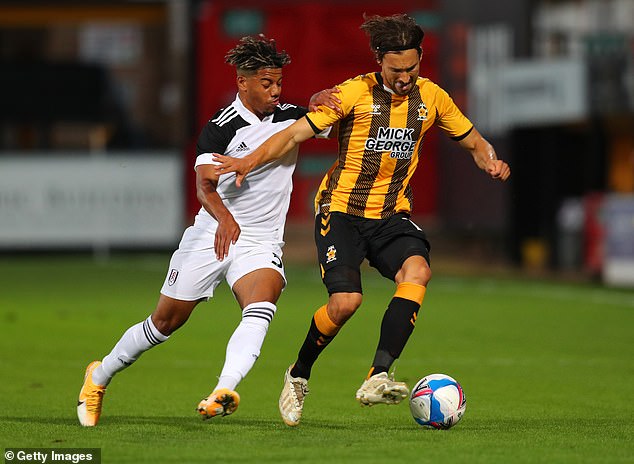 There were 1,000 supporters in attendance as Cambridge beat Fulham U21s 2-0 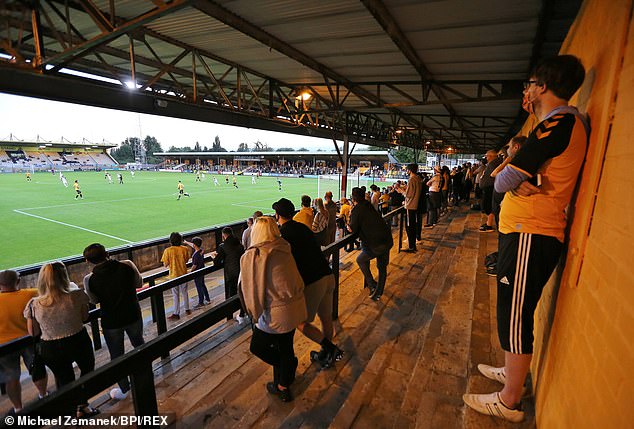 Any pilot events from now on are likely to be capped at a capacity of 1,000 people

‘At this stage we are awaiting further details from government officials on how the review will affect the second phase of pilot events in which we have proposed that each club should be given the opportunity stage a pilot on either September 19 or September 26 should they wish. Although, clearly any such pilots would now be limited to a maximum capacity of 1,000.

‘The EFL board meets this morning and will be updated on the current situation. We will provide further updates as soon as we are in a position to.’

Spectators did attend the first day of the St Leger horse racing meeting at Doncaster on Wednesday but the remaining three days of the festival will now be behind closed doors.

It had been the first race meeting to take place with spectators since March.

Elsewhere, plans for spectators to attend Yorkshire’s Vitality Blast match against Durham next week have been scrapped due to the rise in coronavirus infections in the local area.

The pilot events, DCMS said, could not take place even with 1,000 people in attendance if the area had high prevalence of coronavirus infections, and the decision has now been taken to play the Yorkshire match behind closed doors following consultation with Public Health Leeds.

Heung-min Son appeals to fans to follow coronavirus measures ahead of...

Ronaldo evokes spirit of 2002 World Cup win to call for...