Haaland was tussling with the defender in the six-yard box for a Dortmund corner, when Todibo was caught by the pitchside microphones hurling the insult towards the Norwegian striker.

Todibo, who is on loan from Barcelona, appeared to forget that the microphones were able to pick up on-pitch noise as German stadiums are currently empty due to the behind closed doors ruling caused by coronavirus. 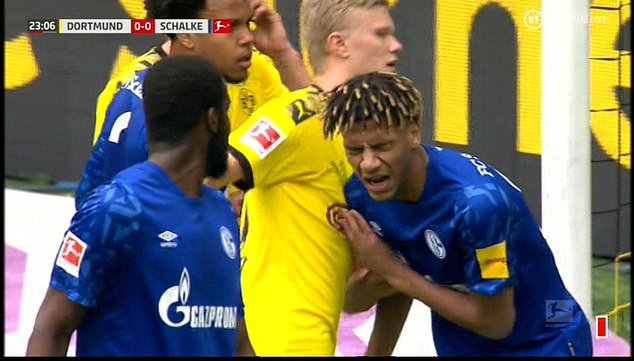 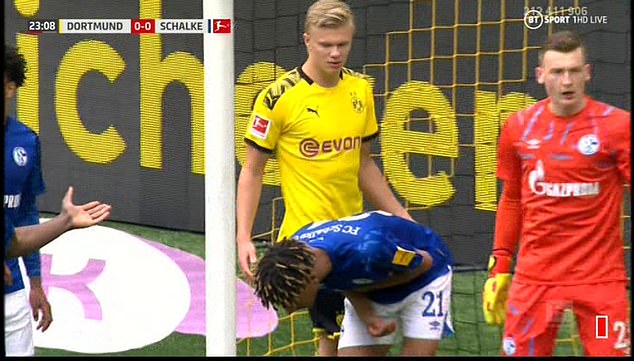 However, Haaland has the last laugh as his side ran out 4-0 winners on Saturday afternoon, with the Norwegian striker opening the scoring to net his 11th goal in just nine matches in the yellow of Dortmund.

Goals in either half from Raphael Guerriero and a strike from Thorgan Hazard put the result beyond Schalke, who drop down the table following this damaging defeat. 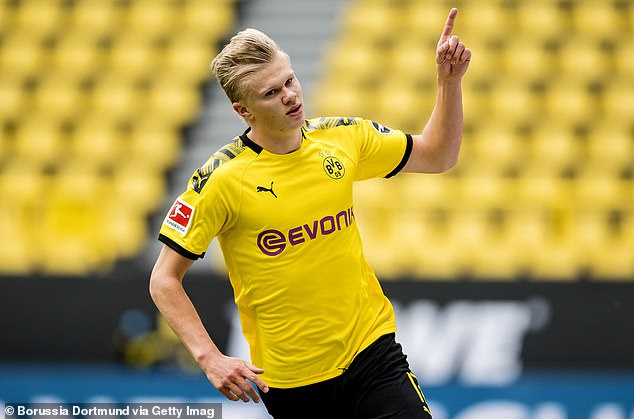 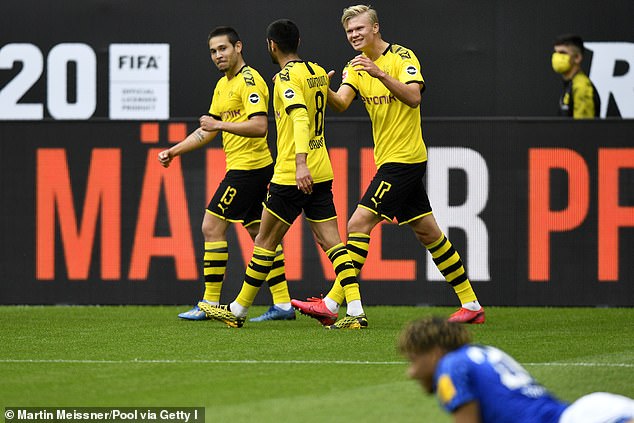 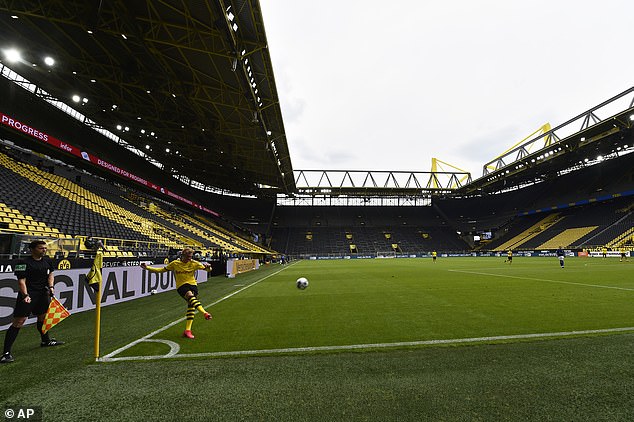 It is only 20-year-old Todibo’s sixth match since joining on a temporary deal from Barcelona in January.

The Frenchman may receive a punishment for saying this insult so audibly that it could be picked up by the pitchside microphones.

Yet is impressive performances since his arrival in Gelsenkirchen saw him voted as the club’s Player of the Month for March. 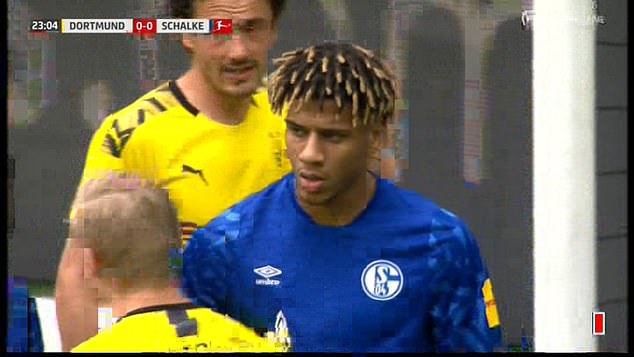 The result moves Dortmund just one point behind leaders Bayern Munich, who take on FC Union Berlin on Sunday.

German football returned on Saturday for the first time since the global pandemic stopped all major European football, following Angela Merkel’s announcement last week that the COVID-19 situation in Germany was good enough for football to resume.

The pandemic has so far resulted in 8,000 deaths in Germany and over 175,000 recorded cases in Germany.

All Bayern Munich players and staff ‘test negative for COVID-19’ ahead...