By Daniel Matthews For Mailonline

Brighton chief Paul Barber insists it is not just the Premier League‘s bottom six fighting plans to finish the season at neutral venues.

The Albion CEO has been vocal in his opposition to the ‘unfair’ proposals of Project Restart, which would see remaining games played at a small number of independent grounds.

On Thursday, Barber reiterated their desire to finish the season but their opposition to doing so away from the AMEX, where they were due to play five of their final nine matches.

‘For me, I don’t think it’s a big six clubs vs bottom six clubs issue. I think clubs at every level of the league have concerns about neutral venues,’ he said.

‘I think there are concerns about the fairness element. If we were in a situation where all games were equal and everybody had to play the same number of games at home as they had away at this stage of the season that might be one thing.

Albion face a tough run of home games between now and the end of the campaign, with Liverpool, Manchester City and Manchester United all slated to travel to the South Coast.

Though Barber accepts those games are set to be behind closed doors, he said: ‘It’s not just about the crowd, the statistics are very clear, there is a clear advantage of being on your home venue… we’ve built our training ground over the last four or five years spending tens of millions to replicate conditions as best we can.’ 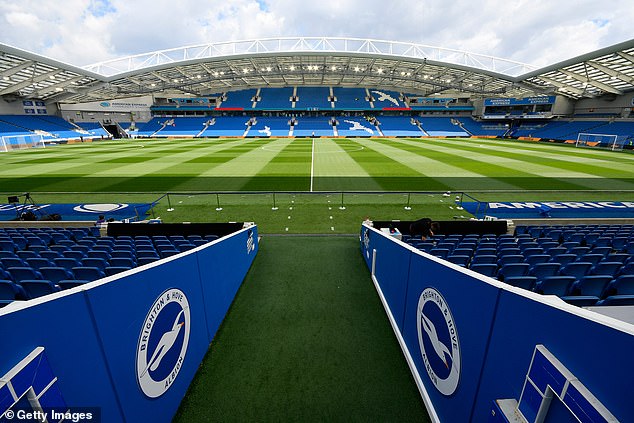 Hikes with Georgina Rodriguez and intense gym workouts – how Cristiano...