Borussia Dortmund put images of fans on advertising boards around the stadium for their rendition of ‘You’ll Never Walk Alone’ before their Ruhr-derby clash against Schalke.

The vital derby clash at Signal Iduna Park was staged behind closed doors as the Bundesliga returned for the first time since the coronavirus outbreak.

However, the club made up for the lack of supporters by showing images of their supporters holding up flags and singing on to their pre-match anthem. 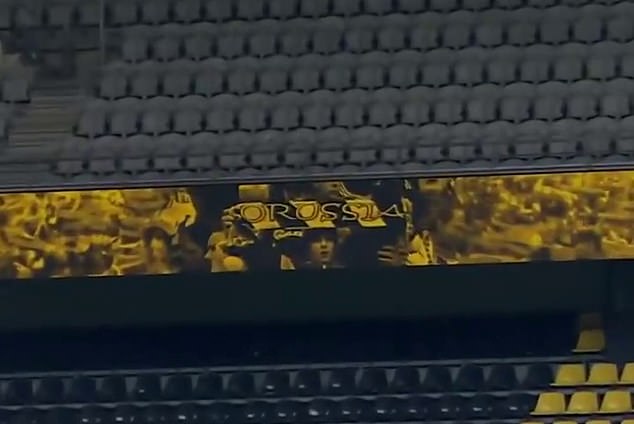 The song, which is also played before matches at both Liverpool and Celtic, would normally be drowned out by 80,000 supporters in one of the most toxic atmospheres in European football.

Dortmund also holds one of the most passionate stands in world football through its Yellow Wall, the largest single standing area in Europe which can hold 25,000 fans.

But due to precaution against any further spreading of the virus in Germany, which has led to over 8,000 deaths in the country, all German stadiums will remain empty until further notice.

Players will also remain apart on the substitutes bench while all footballs will be disinfected before each match. 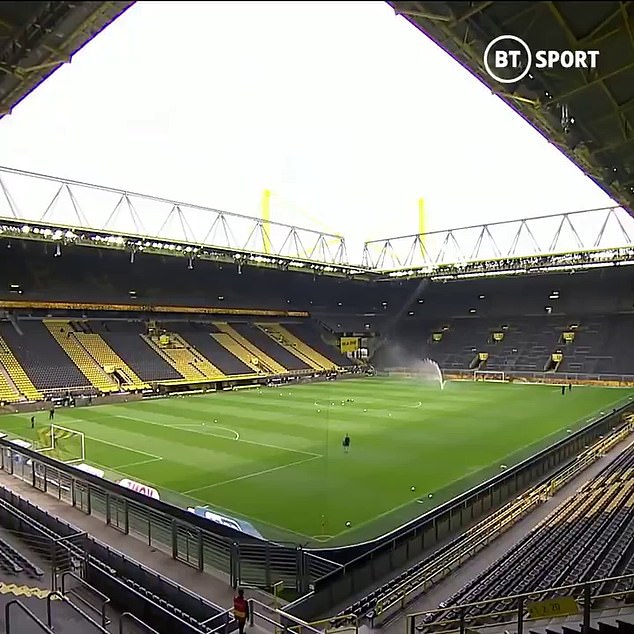 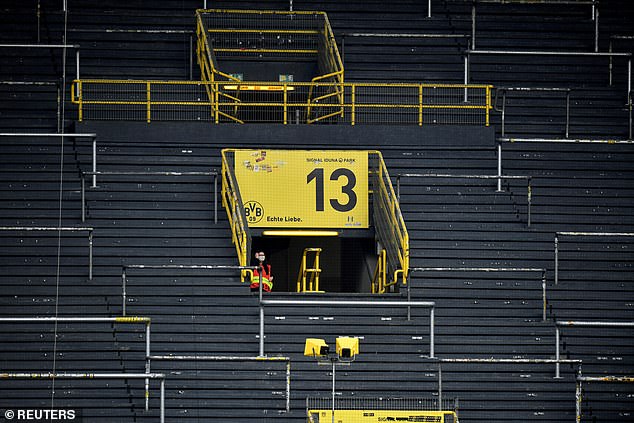 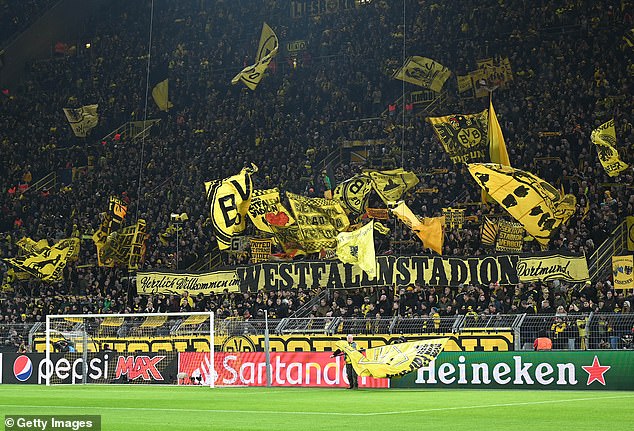 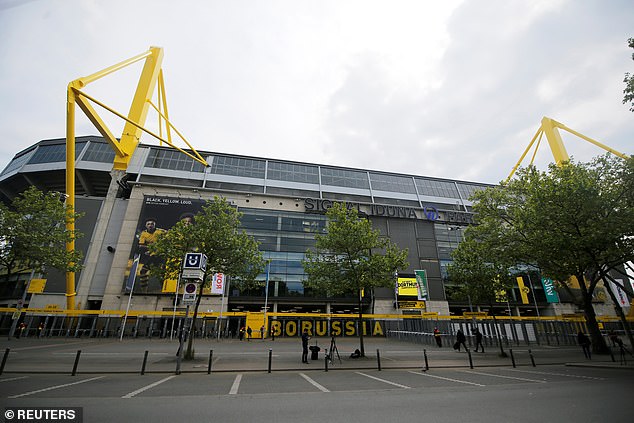 Despite the many deaths caused by the global pandemic, German chancellor Angel Merkel announced last week that the country’s situation was safe enough for the top two German football divisions to return, albeit without its supporters present in the stadiums.

Dortmund are looking to close the gap on German leaders Bayern Munich to just a single point with victory over their fierce rivals.

Schalke meanwhile can gain a stronger hold on sixth place if they can beat Dortmund.

Dimitar Berbatov details ‘painful’ realisation he had not made squad for...