‘He was like a really friendly Arnold Schwarzenegger’: Bayern Munich star Serge Gnabry credits tough love from ‘older brother’ Per Mertesacker for driving his career forward despite failing to make the grade at Arsenal

Bayern Munich star Serge Gnabry has praised the vital influence of former Arsenal defender Per Mertesacker towards the beginning of his career.

The German pair played together in north London for three seasons between 2011 and 2016, when Mertesacker was a regular starter for the Gunners and Gnabry was breaking through to the first-team.

Gnabry left Arsenal in 2016 to head back to Germany and is now one of the most exciting attacking players in Europe today, having scored 31 goals in his last 75 appearances in all competitions for Bundesliga giants Bayern Munich. 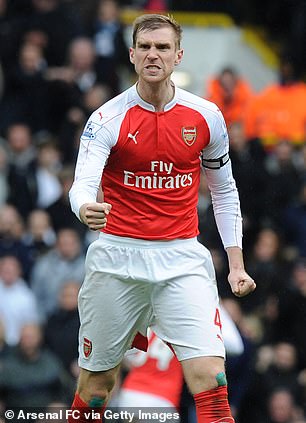 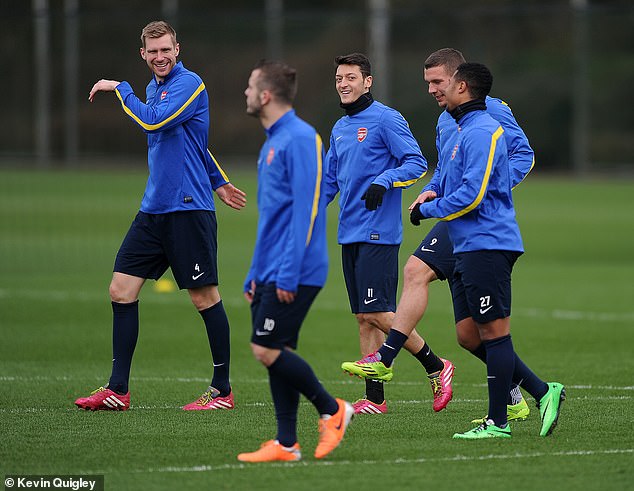 But the 24-year-old winger says that Mertesacker, who retired from football in 2018 to become Arsenal’s academy director, gave him the tough love he needed as a youngster and even compared him to Terminator actor Arnold Schwarzenegger.

Gnabry told the Players’ Tribune: ‘He used to always be so hard on me, but in a really good way. He was like an older brother for me at Arsenal.

‘Like everything he says, it’s so intense. Like he’s so tall, and he’s looking down at you trying to be intimidating but it’s also kind of friendly.

‘I don’t know if there’s an English word for it. Imagine like a really friendly Arnold Schwarzenegger or something. That’s Per.’ 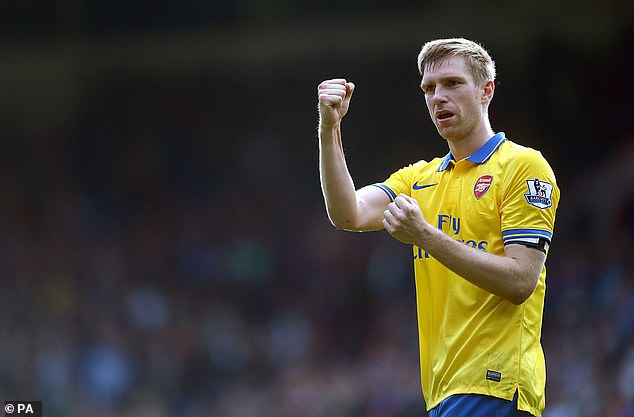 While Gnabry described the defender as friendly, he also said Mertesacker was intimidating 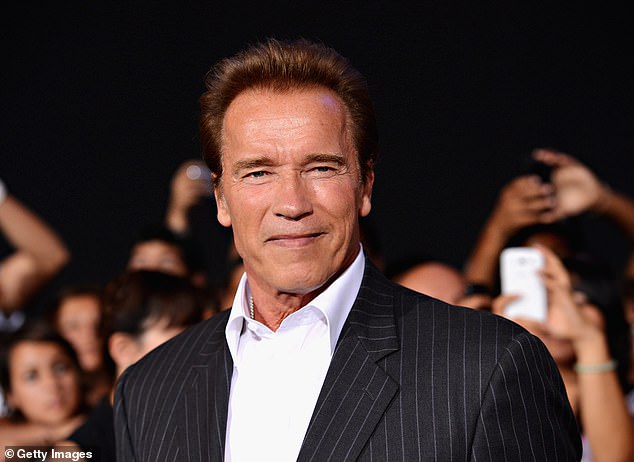 ‘No matter what I did in training, he would come up to me afterwards and start yelling, like: “Serge, remember where you come from! You are from Stuttgart! Humility, humility, humility! Serge, you think you’re good now, huh? You must be humble! Humility!”‘

This humility was vital for Gnabry as he emerged through the ranks at Arsenal.  In the space of 12 months between 2011 and 2012, the winger had transitioned from under-18s regular to becoming Arsenal’s second-youngest ever appearance maker in the Premier League at just 17 years of age.

During the 2013-14 season, Gnabry then became a regular fixture in the first-team, and the winger himself admits now that playing alongside fellow German star Mesut Ozil made it difficult for him not to get carried away, meaning Mertesacker’s advice was useful. 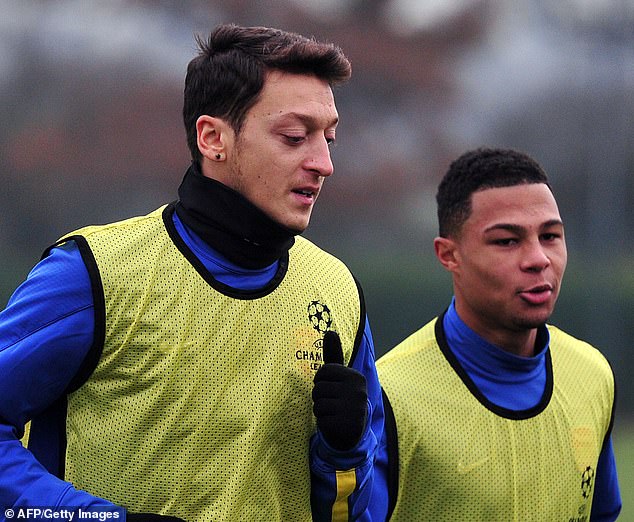 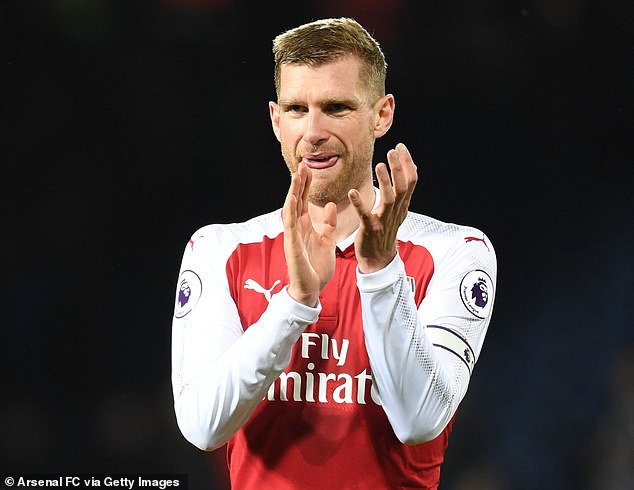 Gnabry added: ‘One day, you’re watching Mesut Ozil on TV with your mates, and he’s your idol. Then two years later, you’re having a coffee with him,’ he said.

‘You were watching him in awe, assisting Cristiano Ronaldo in El Clasico. And then he’s right in front of you, asking you how you’re doing.

Four years after making his Premier League debut for Arsenal, Gnabry joined Werder Bremen on a free transfer and immediately hit the ground running in Germany, scoring 11 goals in 27 appearances in his debut Bundesliga campaign. 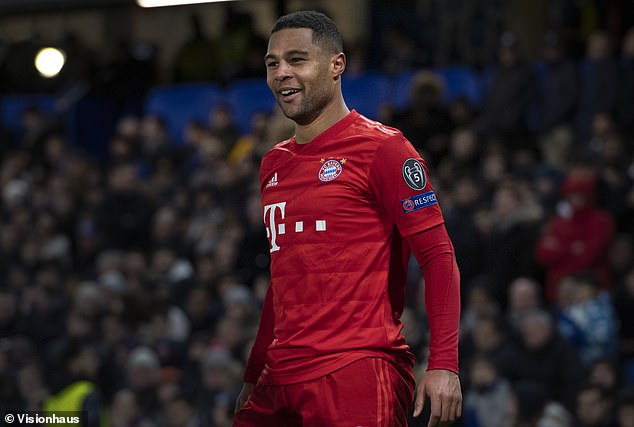 One season later, he was snapped up by Bayern Munich for €8million and was immediately sent to Hoffenheim on loan for the 2017-18 season.

Now Gnabry is one of the first name of the team sheets for the reigning Bundesliga champions and has impressed with his displays this season, most notably scoring four goals in a 7-2 Champions League group stage win over Arsenal’s north London rivals Tottenham Hotspur in October.

Gnabry’s Bayern will be hoping to keep their four points league at the top of the Bundesliga when they take on FC Union Berlin on Sunday, as the German top-flight returns for the first time since the coronavirus outbreak stopped football in Europe.

How much income will your Premier League club lose during coronavirus...